A sector-specific Energy Efficiency Design Index (EEDI) for new ro-ro cargo and ro-pax vessels was agreed at last week’s session of the IMO Marine Environment Protection Committee – MEPC 65 – in a decision hailed by trade association Interferry as a victory for common sense.

Formal approval was confirmed late on Friday (May 17) for an Interferry-backed modification that will take effect from 2016 as an alternative to the ‘one-size-fits-all’ standard EEDI formula in force since January this year for tankers, bulk carriers and container ships.

The standard formula was agreed at MEPC 62 in 2011 but short sea operators objected that it did not address the sector’s specialised power requirements and widely varying ship types.  They were granted a two-year extension to develop fairer solutions after arguing that the standard version focused on reducing design speed rather than optimising vessel design – an approach that Interferry says wouldhave strangled the ability to replace ships in the host of markets that compete with road transport.

The design-based modified formula adopted last week follows intensive cooperation between Sweden, Germany, the European shipbuilders association CESA and Interferry on ro-ro and ro-pax measures, while work on other short sea segments was led by flag states including The Netherlands. 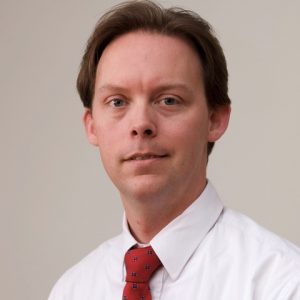 Johan Roos, Interferry’s executive director of EU and IMO affairs, says of the achievement: “It is highly positive that a relatively small sector of the global shipping industry has been able to come together and provide the detailed technical expertise needed to demonstrate a feasible way forward.  We would like to acknowledge that several flag states, which also include Belgium and Finland, have gone out of their way to develop a sustainable solution.

“Interferry never challenged the objective of the proposed regulation – not least because greater fuel efficiency is at the top of every ferry company’s agenda – but it was vital to recognise that deep sea and short sea shipping are very different industries.”

Mr Roos stressed that the new EEDI would add a layer of complexity in the ship design process – fuel efficiency will be required to improve by 5% over existing designs from 2016, by at least 20% from 2020 and by a minimum of 30% from 2030.  “Future ro-ro and ro-pax designs will have to be extremely innovative and advanced to meet these strict reduction requirements, ” he concluded, “but the MEPC 65 outcome is the best way to further improve the design and energy efficiency of new ferries while allowing them to remain competitive.”