Everything is coming up roses for the unique contribution to French perfumery from Bulgaria’s Rose Valley,  By James Brewer

It is a commodity that is worth more than its weight in gold.  Rose oil generally sells at a price per ounce well above that of gold – and perhaps has been fetching relatively speaking even more lately, as gold as lost some of its shine on the exchange markets. This is not surprising when you learn that to produce 1 gram of rose oil you need 3, 500 red rose petals, or between 5, 000 and 6, 000 from white rose bushes.

Gold has been trading at around $1, 380 per ounce recently, a comedown from the $1, 500 levels at the beginning of the year, but still an indication of its fundamental desirability in times of economic stress. 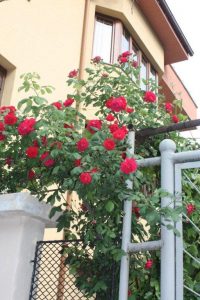 Roses adorn many houses in towns such as Asenovgrad

The Valley of the Roses in Bulgaria, near the town of Kazanlak, which has an important ancient Thracian and Roman heritage, is a major producer of attar of roses, which local entrepreneurs treat as “liquid gold.”

The Rose Valley is not an exact geographical name: it is a term used to refer to two river valleys, and extensive plains in the heart of Bulgaria. The area is said to be the first to have been settled in the Balkan plain, in the second millennium BC. 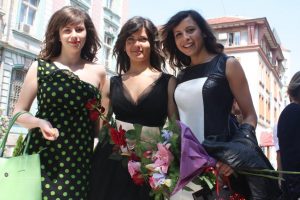 It is easy to visit by excursion or even regular bus from Bulgaria’s second city, Plovdiv. On our way there, we pass the residence of the nation’s penultimate monarch, Tsar Boris III (1894-1943), known as the saviour of Bulgarian Jews, having stopped many from being sent to concentration camps despite the wartime alliance with the Nazis.

The Greek poets wrote sensitively about roses, and of course the island of Rhodes derives its name from the flower. Roses were brought to Bulgaria in the 14th century from Persia via Damascus (hence the term damascene or damask rose), and three centuries later the Bulgarians began to produce rose oil, supplying now around 80% of world demand. Each year, festivals celebrate roses and rose oil, which commands a high price because of the need to cultivate and collect from many blooms, making production labour intensive. 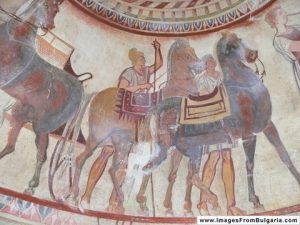 Roses flourish in high humidity and sandy soil, and that is what the valley supplies.   The blossoms are harvested by hand, traditionally by women, from late May to mid-June between 5am and 9am each day, and taken to distilleries, where within hours they are boiled in water in large stills, traditionally of copper, for 60 to 105 minutes.

Despite their high price, rose oils are still the most widely used essential oil in perfumery. Some 70% is exported to France – almost every expensive French perfume contains 5% of rose oil. It is claimed that the best quality of rose oil comes from Bulgaria, where production ranges from 600 to 700 kg a year.  Few of the 5, 000 varieties of roses worldwide exude the type of fragrance which is prized by top perfumers. In terms of yield per flower, one of the best recent years was 2012.

Bulgaria produces some 70% of rose oil in the world. Other significant producers include Morocco, Iran and Turkey.

Rose water is a healthy drink, and is good for soft skin and for the hair… and for the nervous system. In Bulgaria, roses are everywhere: they are made into cosmetics, liqueur, brandy, honey and jam.

On special occasions, Bulgarian women are presented with a large bunch of roses.  A gift of white roses tells the recipient that she is like a goddess.  Pink roses mean she is beautiful.  Red roses mean “I love you.” Yellow roses are to be avoided – they signify divorce or separation.  Roses have to be given in odd numbers: three, five, seven etc.  Even numbers are reserved for funerals.

Much of the story of this industry can be learned from visiting the museum attached to the Research Institute for Roses, Aromatic and Medicinal Plants. The institute has an important certification laboratory.

Learning about the aromatic world of “liquid gold” should be combined with discovering the advanced work that the ancient Thracians did with real gold. Near Kazanlak there are Thracian burial places, in particular a fourth century BC tomb built for a noble or ruler and illustrated with battle scenes, funeral feasts and chariot races.  The golden armour that was hammered out in those days one could just as well imagine as the product of modern man.

Mirko Wollrab to head the communications division at HSH Nordbank

Rieber & Søn ASA will be delisted from Oslo Børs.