The European Commission published today its so-called ‘Blue Belt’ communication, which contains two concrete proposals that will contribute to establishing an internal market for maritime transport.

The first proposal contains an improvement to the already existing Regular Shipping Services (RSS), which provide lighter customs procedures for shipping companies using a regular route within the EU and transporting mainly EU goods. New provisions, submitted by the Commission last June, will upgrade RSS to make the procedures shorter and more flexible. The consultation period for Member States will be shortened from 45 to 15 days. And companies will be able to apply in advance for an authorisation for Member States where they may want to do business. This would save time if that business opportunity arises. These provisions are expected to make the scheme much more attractive to short sea operators.

RSS is however limited to vessels that call exclusively at EU ports. Almost 90% of ships carry both EU and non-EU goods and stop frequently at EU and non-EU ports, for example in Norway, Northern Africa and Russia. For these ships, the Commission is proposing to significantly improve customs procedures by putting in place a system which can distinguish between EU and non-EU goods on board. For this purpose, the Commission will bring forward, before the end of 2013, a proposal to create a harmonised electronic cargo declaration. This ‘e-Manifest’ would allow a shipping company to provide in all manifests (intra-EU and extra-EU) information on the status of goods to customs officials. 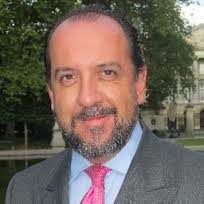 “We welcome these proposals as a step in the right direction”, said ESPO Secretary General Patrick Verhoeven, “We especially look forward to contributing to the definition and implementation of the e-Manifest. Its data elements, functionalities and procedures should be carefully analysed to ensure smooth integration in port operations and processes.”

The two proposals are expected to make the ‘Blue Belt’ in which ships can operate freely within the internal market, with a minimum of administrative burden, a reality by 2015. Currently, a ship moving between Antwerp and Rotterdam is still treated as though it came from China. This is because once ships leave Member States’ territorial waters they are considered to pass the EU’s external borders. So ships travelling between ports in two different Member States are deemed to have left the EU Customs Territory and customs formalities are required when the vessel leaves the port of departure and again when the vessel arrives at the port of destination, even if both are EU ports.