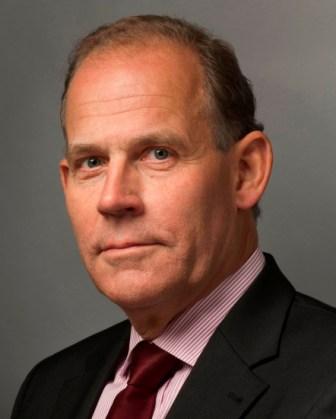 Underwriters continue to face a testing level of claims, keeping this issue to the fore as the International Union of Marine Insurance opens its annual conference in London.

IUMI president Ole Wikborg said at a press briefing that the event this year will have a more internal focus than usual because of the heavy burden of claims in recent times. The ocean hull market has suffered 17 consecutive years of overall loss, and Mr Wikborg said that there was a need to focus on securing the future.

For this reason, the conference theme has been chosen was “Marine insurance – building resilience and defining a sustainable future.” Representatives of many of the 50 marine insurance associations affiliated to IUMI are making for a near-record attendance for the event, at a Westminster hotel and conference centre, from September 15-18.

Speakers from many segments of the insurance and maritime markets will include Tom Bolt, Lloyd’s director of performance management; Andrew Winbow, assistant secretary general  and director of the maritime safety division at the International Maritime Organization; Andrew Bardot, chief executive of the International Group of P&I Clubs; and Tom Boardley, marine director at Lloyd’s Register. Mr Bolt’s department was reported to have underlined at a recent meeting with Lloyd’s hull underwriters the need for much improved results in their speciality.

Lars Rhodin, chairman of IUMI ocean hull committee, said that the frequency of total losses increased marginally in 2012 compared to preceding years, to stand at 0.18% of the world fleet in terms of numbers – although in tonnage it remained at the same level as it has for the last five years. Weather continued to be the major cause of the total losses, representing half of the vessels involved between 2008 and 2012.  Grounding was the second most frequent cause, accounting for a quarter of the cases.

Mr Rhodin said: “Most hull underwriters would testify that underwriting discipline is required and is being exercised, but the figures tell a different story.  Do we know the risk, and can it be adequately priced?”

He also said: “Ships are becoming larger and more sophisticated; however, is leverage of new technology in a casualty situation honestly understood and assessed?”

Despite a fine safety record in many respects, the maritime industry is seeking to learn from a string of high profile losses in recent times including the $1bn Costa Concordia  loss and the devastation wrought by Super-storm Sandy – the costliest insurance incident on record. This year has already seen casualties including the troubling loss of the MOL Comfort which caught fire, broke up and sank. The continuing  ClassNK investigation into the incident has ruled out as causes structural failure in the upper deck or hatch side coaming.

Sandy is expected to cost marine underwriters between $2.5bn and $3bn, according to Dennis Marvin, chairman of the IUMI cargo committee. Of his sector as a whole, Mr Marvin said: “The cargo committee has seen the cargo loss ratios continue to exceed 70%, and it suspects deteriorating cargo results for 2012 will continue, when the figures are released during the conference.”

Mr Marvin went on: “The message remains that underwriters should not succumb to market pressures by continuing to reduce prices, expand terms and include stock in our portfolios at unrealistic rates.”

IUMI has the question of maritime piracy firmly on its agenda, highlighted by new concerns and exposures as the emphasis of problems switches to West Africa.

Richard Decker, chairman of the IUMI loss prevention committee, said that topics to be addressed included an expert presentation on fire-fighting on containerships. As boxships continued to increase in size, extinguishing fires was a ‘staggering’ problem.

Explaining the work of his committee, Mr Decker said: “As an industry, marine insurers not only accept the transferred financial risk of their clients, but as business partners provide expertise and services to help them mitigate and manage the risks they face.”

Frank Costa, chairman of IUMI energy committee, said that the energy sector was currently healthy, and had suffered no headline losses or hurricane impacts so far. Underwriters had to stay abreast of changes. Exploration and production budgets of energy operators were at record levels, well values were soaring and offshore installations were becoming larger and more complex and costly.

Mr Costa said that many offshore facilities were operating beyond their originally intended life. The first platform was in the North Sea in 1972, and although that generation of facilities was not intended to produce oil and gas much beyond the mid-1980s, many continued to operate.

Conference will hear an appeal for funds by the Maritime Piracy Humanitarian Response Programme a charity backed by leading industry bodies, that supports seafarers and their families who have suffered the consequences of hostage incidents.

Mr Wikborg insists that there has to be “a real focus on the understanding and technical pricing of exposure and risks.”