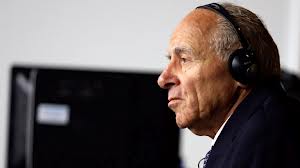 INTERTANKO celebrates Capt Mangouras’ acquittal from charges of criminal damage to the environment, but deeply disappointed at his criminal conviction for disobedience.

INTERTANKO, its Members and the tanker industry have cause to celebrate that, eleven years after the event, the Master of the Prestige, Captain Mangouras, and the vessel’s Chief Engineer Nikolaos Argyropoulos, have finally been acquitted by the Spanish Courts of criminal damage to the environment.

Also acquitted was José Luis López Sors González, the former head of Spain’s merchant marine department, which means that the Spanish state will not be held responsible for the disaster. The Courts failed to find anyone guilty of directly causing the tragedy in November 2002 when the laden tanker Prestige broke up and sank off the Spanish coast, spilling some 50, 000 tonnes of oil.

However we are deeply disappointed that Captain Mangouras was convicted as criminally responsible for serious disobedience to the Spanish authorities during the incident, and that he has been sentenced to nine months in prison – a sentence that he is unlikely to serve because of his age. He was held for two years (85 days of which in a high-security prison) prior to any formal enquiry, until the vessel’s P&I Club put up Euros3m as bail.

His actions have been described as ‘exemplary’ by the vessel’s flag state, and yet he has been outrageously treated as a criminal. Confronted with refusal by the Spanish authorities to give the damaged ship refuge, Capt Mangouras had courageously done everything possible to protect crew, ship and cargo and to protect the environment by minimising pollution – including remaining on board with Argyropoulos after the rest of the crew had been evacuated, in order to try and save the ship.

However against his judgement he was forced by the Spanish authorities to take a series of actions that resulted in the damaged tanker being taken out to sea in appalling conditions.

INTERTANKO considers the conviction and sentencing of Captain Mangouras as lamentable, inexcusable and fundamentally wrong, setting a precedent for the treatment as criminals of ships’ masters who try to do their best for seafarers, ship and environment when under extreme adverse circumstances.

The Ideal Home Show at Christmas