Tackling the continuing problem of piracy 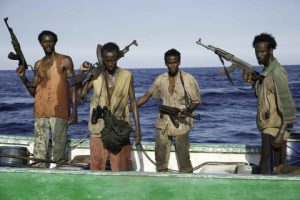 With the ICC International Maritime Bureau (IMB) reporting 12 worldwide piracy incidents in 2014 already, piracy continues to be a huge concern for the shipping industry. A visible Navy presence, coupled with large investment in its infrastructure, has seen the number of piracy incidents in Somalia decline from 176 confirmed piracy attacks in the region in 2011 to 7 in 2013.  However, piracy continues to prove a worldwide issue and the number of attacks in the Gulf of Guinea, Madagascar and the Indian Ocean continues to increase.

Teresa Stevens, owner and designer of GUARDIAN anti- piracy barriers says “Piracy hasn’t ceased – it has just moved.  It won’t ever cease until we can take a hard line against pirates to prevent them from doing this.” 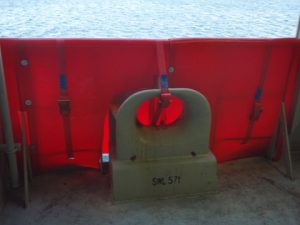 GUARDIAN is a ship protection system which works by covering a ship’s safety rails with a specially designed barrier. The first real alternative to razor wire, it acts as a highly visible, robust and simple way of making access to ship or rig virtually impossible.  The system is currently protecting some of the world’s biggest fleets, including CMA-CGM, Maersk and BW Tankers.

GUARDIAN is provided by Guardian Maritime Limited, a UK registered company specialising in the development and installation of vessel protection systems.  It is run by husband and wife team David and Teresa Stevens, who have seen a marked change in the methods now used by pirates. David says “It used to be climb on with a pole, rob what you can and get off.  It’s now moved into the big piracy where it’s take the ships, hold them to ransom. Or take the ships, unload them, and sink the ships.”  David continued by saying that when the ships cannot be taken, European Officers on board are held at ransom instead;  “When they take the European Officers they know they will get a massive response from the media and that there will be large sums of money coming their way to release them.” 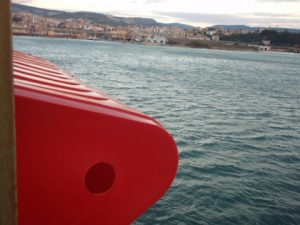 The huge cost implications involved in each piracy incident, not to mention the threat to the safety of the crew, has resulted in ship owners investing in anti-piracy measures.  Should a vessel face an attack, GUARDIAN acts as barrier both by preventing access and also by restricting the view on deck – enabling crew more security to move about unseen by pirates at sea-level. This in itself is paramount to the crew’s safety, allowing them the time to get to safety and to avoid gunfire.

Unlike razor wire, the current choice of anti- piracy control for many vessels, GUARDIAN is perfectly safe, eliminating the risk of injury and infection caused to many seafarers. Easy to install and move at port, Teresa concludes  “GUARDIAN is perfect as part of a layered defence system, working  well alone or in tandem with the armed guards, acting as a shield for the guards to get into position unseen.  Using both systems together in extreme high risk areas is the only way to go.” 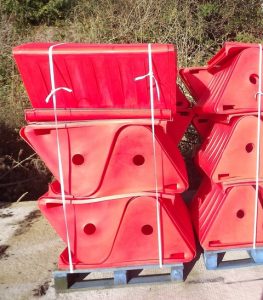