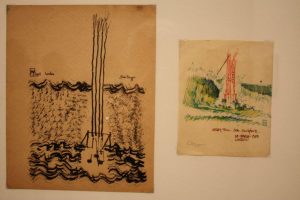 Exploding Galaxy: the free spirit of the 1960s lives on in exhibition and book launch at England & Co Gallery,  By James Brewer

A generation that unleashed its desire for radically new forms of art, music and politics through street performance, happenings and flower power is seeing many of its tenets vindicated nearly half a century later.

Though the establishment threw the book at 1960s wayward youth, the survivors are a joyful lot today, happy to be acknowledged now as a societal reference point of the 20th century.  The forms of expression they championed became a template for contemporary art, as the affecting exhibition 99 Balls Pond Road: the Story of the Exploding Galaxy, which has opened at the England & Co Gallery in the West End, attests.

Unfairly refracted though it was through the prisms of a prejudiced press and preoccupation with the psychedelic, a constellation of talent was to emerge.  The Exploding Galaxy was a 1967 “collective of artists, musicians, poets and dancers who shared a creative spirit that defied the boundaries between art and life.” The creativity that radiated from the motley group of individuals was dispersed, but never quashed. It might have flourished longer had it not been for a court case over what its members believed to have been the ‘planting’ of illegal drugs on their premises. 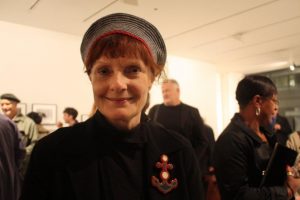 Back then, the former Times art critic Guy Brett wrote: “I believe the Exploding Galaxy contains some of the most intelligent and creative people in the arts today. It is a mistake to think their collective consists in a kind of uniform flower power.”

In another description that survives in smudgy typewritten form, the late Benn Levy, playwright and Labour MP, said: “They are un-acquisitive, as oblivious of elementary comfort as a classic religious order, unselfconsciously ascetic.” 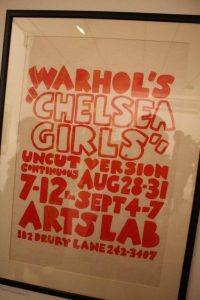 What might have seemed a passing and incoherent phase of anti-establishment experimentation sowed seeds that since bore their fruit around the world in bursts of defiance such as the Occupy movement, and protests like those of Pussy Riot that provoke apoplexy in hierarchies.

Those distant days when the pavements and parks of London were the stage for happenings of many kinds are brought vividly to life in the new exhibition, which on the private view night gathered many of the participants of the original group together, some of them seeing each other for the first time in decades. 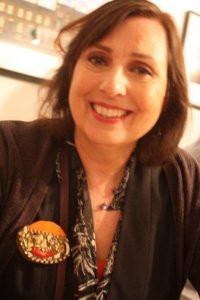 Further fanning the flame of memory, the evening saw the launch of a history written by one of its adherents, Jill Drower. Her publication 99 Balls Pond Road: The Story of the Exploding Galaxy documents key episodes in the alternative culture of the period, one of the most public of which was the July 1967 Legalise Pot rally in Hyde Park.

The group grew around Manila-born artist David Medalla and other habitués of the UFO Club in Tottenham Court Road. It quickly consolidated into what may have been its greatest triumph, the Bird Ballet by Medalla. We see in the England & Co exhibition a theatre programme costing one shilling for the October 1967 performance of the ballet at the Round House, Kentish Town.

The following year, Medalla and American artist John Dugger were behind what was called the Buddha Ballet  on summer Sundays on Parliament Hill, Hampstead. Some of John Dugger’s drawings are in the current exhibition.

The historian John Oliphant writes in a foreword to the book that, with the exception of David Medalla, the individuals involved have not been recognised.  The scale of the venture may be recalled by a 1967 interview with Medalla – who these days is more often to be found in New York, Paris or Brazil – in which he said that Exploding Galaxy came to involve 250 people, “25 of whom have been constantly working on new forms of expression.”

A poignant exhibit is the cover of the duplicator-produced Planted, a 60-plus page contemporary report of the events leading up to and around the arrest and committal for trial of three members of Exploding Galaxy, charged with being in possession of dangerous drugs. The book contains copies of some mock-hysterical press coverage in the News of the World and The People of the “free-love” lifestyle of the artists that was meant to shock the public. 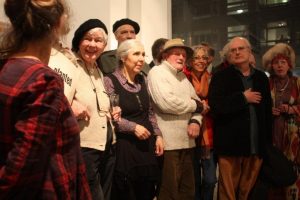 For her book, Jill Drower delved beyond the purely artistic aspects to talk with women involved in the Exploding Galaxy for insights into the sexual politics of the era.

As to the legacy of the Exploding Galaxy, Jill told us that it was evident in much of the performance art in London and beyond today.

The exhibition comprises artworks, posters, ephemera, documents, films and mostly black-and-white photographs, some of which are in editions available for sale,

Artists and historians of the 20th century owe a huge debt to Jane England, director and curator of the gallery, who has pursued her deep interest in modern and performance art with valuable exhibitions reappraising the avant-garde of the 1930 to the 1970s.