Top Posts
The BDI drops down to 1,540; Wets maintain...
John Faraclas of All About Shipping contributes to...
Irene Rosberg addresses the 22nd Parliamentary Intelligence-Security Forum
Pamella Roland Fall/Winter 2022: Bejeweled Eveningwear
Summer is on in Astypalea!
Hot Port News from GAC
Bibhu Mohapatra Fall/Winter 2022: On the Super Heroines...
Ready to hit the water? So are these...
Coach Fall/Winter 2022: A Collection That Feels Like...
Badgley Mischka Fall/Winter 2022: Wearable Sculpture in Ultra-Chic...
Power, philosophy and heroism of central bankers, and...
New superyacht goes up in flames
American Club Circular no.23/22 – EU Sanctions –...
Home ShipmanagementMarine Equipment Products and Services Type approval opens the market to L01 control 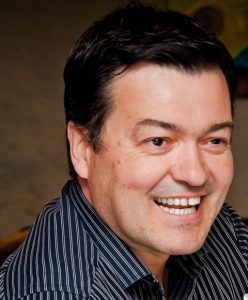 The L01 can be used for Azimuth, single and double thruster/propulsion control. It features a distinctive integral display that can be customised to suit individual users, with all information available in one place. The all-electric configuration also means that the L01 requires a very shallow space beneath the lever.

However, the L01’s most compelling advantages over existing technology available for marine use are its drop-in installation and the fact that force feedback is achieved without intermediary motors.

“Type approval has allowed us to switch to full-scale industrial production of the L01 to meet demand from end-users and marine system integrators alike, ” says Terje Akerholt, Lilaas Sales & Marketing Manager Maritime. “We know that the industry has been waiting for a step change in control lever concepts, not least because the leading marine system integrators have been allocating considerable R&D funds to simplifying their own designs. Lilaas is now in position to meet series orders from shipowners for L01 units, but also to work with system integrators to offer the ‘under the plate’ innovation they have been seeking while retaining the ‘look and feel’ of the consoles their customers expect.”

The L01 is configurable for force feedback, detents and friction, features an El shaft, LED indicators, and both redundant CAN open and analogue outputs in a compact modular design.

“The L01 is also extremely price competitive with older, less streamlined control units. The idea is not to increase prices; it is to increase possibilities. Rolling out production means that sufficient units are available for the tests that will corroborate Class type approval and demonstrate the ability of the equipment to function as intended, even in the harshest marine conditions.”

Lilaas AS was established as Lilaas Finnekaniske AS in 1961 by Jan Lilaas. The company has over 50 years of experience in the manufacture of precision mechanics for both shipbuilding and offshore customers. The company’s products range from simple, one-axis control levers in different sizes, hand wheels and rudder controls to azimuthing control units and multi-axis joysticks.  www.lilaas.no

Expanding trade and smaller navies are good news for pirates