Trial by Media, trial by Law… 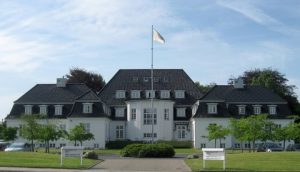 ‘TRIAL BY MEDIA, TRIAL BY LAW’ – A REPORT FROM TRACK 1 OF BIMCO’S ANNUAL CONFERENCE DUBAI 2014

Based on a true event, this realistic account of a maritime casualty was narrated by Lindsay East, Consultant, Reed Smith, London. The vessel ‘Idle Star’ having loaded with sugar in Thailand and heading to the discharge port, had grounded on a river bed on the West Coast of California in an area of natural beauty. While there were no human casualties, there was a significant bunker spill and with a fast flowing river the environmental implications to wildlife and the local community were huge.

As the story unfolded, the owner representative, played by John Tsatsas from London and the charterers representative played by Han van Blanken from Rotterdam, portrayed each stage from the initial Captain’s call. With the initial limited information, the chain of events were shown to unfold as the owner and charterer brought in assistance and sought advice from P&I, lawyers, classification society, hull and machinery insurers, local agents and representatives and demonstrated how the process evolved as more information became available, giving an overview of the practicalities involved in the process. The expert advice to the owner and charterer was provided by video clips of real practitioners in conversation with the two stage actors.

The casualty centred on whether the destination port was ‘safe’. It was known to have a low draft and underwater obstructions that shifted and were uncharted. The vessel therefore had to not only be of certain specification when laden but also the conditions of making the final part of the voyage through those water needed to be assessed with the latest information available to see if the port was suitable for discharge. The owners proceeded to complete the voyage and the vessel ran aground so who was liable? The Master for proceeding with the voyage despite concerns or the charterer for the choice of a difficult destination with the cargo in mind?

With neither the owner or charterer accepting liability and indeed blaming each other, this session focussed on two areas; media and how if not handled correctly incidents can become a media and public relations nightmare and legal arbitration, examining the legalities of the charter agreement and how this would be dealt with by the legal system.

The morning session focussed on ‘Trial by Media’ and with neither party having any crisis management or PR in place, the simulated public backlash of the environmentalists, shrimp farmers and the local community as pollution grew, quickly escalated without an appropriate, measured response. Julian Bray, Tradewinds Editor-in-chief portrayed the media, keen for a story, blame and clearly supporting the affected parties who were keen for compensation.

The clear message of the morning session was that handling media during such an incident is a serious matter and can easily spiral out of control. Media will always seek to sensationalise and exploit sensitive areas and it is very easy to say the wrong things however well intentioned. Advice was to be well prepared, seeking professional crisis management to enable you to get every step right and above all, be honest. By knowing the all facts, you can provide just enough factual information and slow the media frenzy down.

The afternoon session ‘Trial by Law’ consisted of a panel of three maritime arbitrators, presided by Jude Benny, from Singapore, Bruce Harris from London and Jack Warfield from New York.

The owner sought indemnity from the charterer and the case was to ascertain whether the port was unsafe, whether the charterer was in breach of the agreement by ordering the ship to go there and whether that caused the loss.
Chirag Karia, a QC from London, counsel for the owner, put forward a strong case after witness testimonies that the owner had expressed concerns to the charterer which has gone unresolved. There had been correspondence regarding the draft of the port and that the waters were uncharted and the charterer had been asked to arrange lightening and/or a harmless agreement to indemnify the owner from any losses should there be a problem. The charterer did not lighten and was confident there would be no issue with the voyage, however did not confirm any harmless agreement which the owner assumed from their conversations. He argued that by sending the vessel to its destination the charterers were sending the vessel to an unsafe port and the owners had been commercially pressured to continue.

Nevil Phillips a barrister from London, counsel for the charterer, argued the defence with regard to whether the port was safe at the time of nomination and that the owners had a responsibility to ensure the vessel was laden appropriately to ensure safe passage. The owners should have reduced the cargo and taken further action to avoid such an incident and the Master was negligent in not doing so, causing the vessel to ground. Ultimately it was the owner’s decision to continue with the voyage with the known risks and any negligence by the Master obliterates any question of safety.

The arbitrators retired to consider their findings, each from the perspective of their own jurisdictions, and the audience were able to vote on their own judgment, finding in favour of the owner. However on returning the arbitrators, giving three separate judgments found in favour of the charterer by two to one on the basis that the grounding was found to be in general down to the Master’s negligence. Jude Benny summing up said “There were sufficient red light warnings and with good seamanship this could have been avoided.”

There was a lively question and answer session to close the session and attendees found the day both enlightening and informative. The new style of interactive session proved popular with attendees and the final vote was to definitely repeat such an event next time.

*Our thanks go to our sponsors, Holman Fenwick Willan – Dubai, Ince & Co, to DFS for sponsoring the voting equipment and to Videotel for their innovative ideas for bringing all the participants together to set the scene.

Ulrich Ulrichs promoted to CEO and Global Head of Rickmers-Linie

Invitation to the LSLC/BIMCO Webinar – Decarbonisation &...