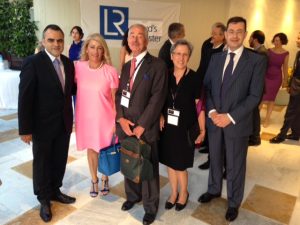 Rarely in Greece and in particularly on the Attica coast, whether east or west, does one encounter adverse weather during early June and in particular at Posidonia time, … once at that period of the year I had to carry a very handy brolly and made good use of it…despite the cynics.*

This year was an exception to the benign weather rule, with strong winds and light rain at times during Posidonia week, but Lloyd’s Register’s Posidonia 2014 reception organisers had all the contingency plans at hand. Posidon though gave his blessing and no rain, no wind disturbed this pre-Exhibition super reception at the splendid patio around the illuminated pool at the Westin Astir Palace in Vouliagmeni! John Faraclas and a team from www.allaboutshipping.co.uk were there to cover the event: 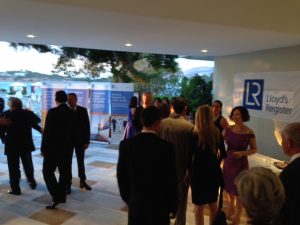 Guests were greeted by Richard Sadler, the society’s chief executive; Tom Boardley, the marine director; Apo Poulovassilis, the regional marine manager for EMEA, and Annita Patargias head of the LR Piraeus events team and communications specialist – pleased to see Kika Lazaridou was there too, A long twenty plus meters queue from the lift to the pool area, suggested once again another Posidonia LR reception attendance record, surpassing last time’s 1, 700!

Everything was well organised with exceptionally fine chef-prepared food, superb drinks including Greek wines and liqueurs such as mastica from Chios, needless to mention the excellent service from the hotel’s catering department.

The Greek and international shipping fraternity was there in full force; after all class societies are by far the most important sector of the shipping industry – and beyond if you count, over the last ten years, their participation in vetting hotels, factories, ports, you name it! 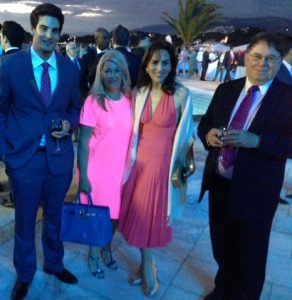 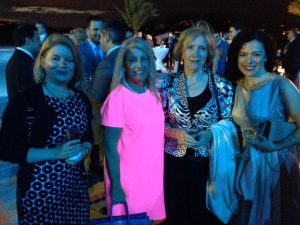 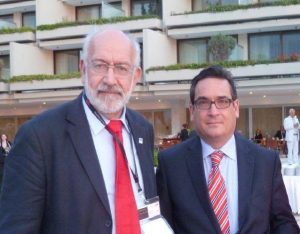 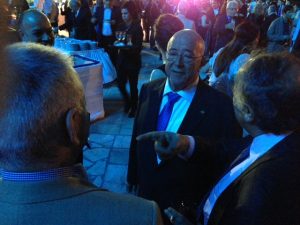 The various teams of our hosts were evenly spread at the four thousand square meters pool level, greatly contributing to this event, networking with existing and prospective clients, as well as making sure everything was in full order and the entertainment at its usual level for such an event; many congrats to all! 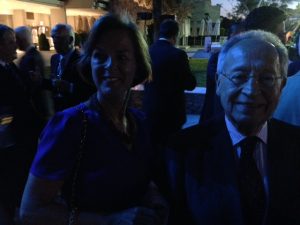 We as www.allaboutshipping.co.uk dispatched a strong team of four – James Brewer, Graciete Amaro, Anny Zade and myself – so as to participate more closely in the event and get the current prevailing market feeling, the market’s pulse if you like, as the market according to our view, is not at the expected levels given the nine plus billion tonnes of cargo that ships carry to serve humanity’s global needs. 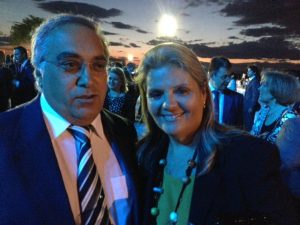 Ending this coverage we have a quickie live interview/response from Richard Sadler, Lloyd’s Register’s chief executive, complementing the event as well as expressing another optimistic view; log on and hear what he said:

*this is recorded in Tradewinds, although (not strangely) without my name as at that time, with all due respect, some people were very biased…