Dennis Hopper: The Lost Album – at the Royal Academy… 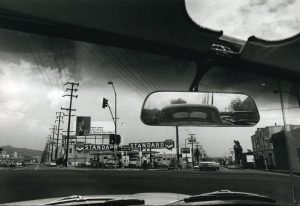 Dennis Hopper: The Lost Album – at the Royal Academy, photography from a Sixties rebel with a cause By James Brewer

Be ready to rethink your ideas about Dennis Hopper, the wayward film maker and actor who died in California in 2010.

He was a rebel with a cause: and that cause, in the 1960s, was chronicling the reality of American life, for “the times, they were a’ changing.” A compelling new exhibition at the Royal Academy of Arts in London celebrates Hopper as a chronicler, and, although he himself is never in the images, a committed participant of the surreal sixties scene. He will always be remembered for the biker movie Easy Rider and other films, but from now on he can be elevated to the ranks of the great photographers. 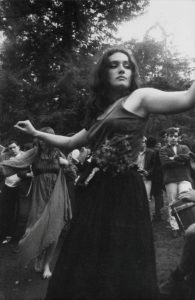 Dennis Hopper: The Lost Album is set out in the Burlington Gardens building – which until 1997 housed the Museum of Mankind. Hopper’s interpretation of the behaviour of a significant slice of mankind between 1961 and 1967, a period of fizzing social change and challenge, will be showcased for the next few weeks.

In those years, Hopper was devoted to photography, saying: “I want it to be a witness of my time.  I would like to leave something behind” above and beyond the Hollywood illusion.

The show is based on photographs chosen by Hopper himself for his exhibition at Fort Worth Art Center in Texas in 1970 – there was no catalogue, and the independent curator for its Royal Academy re-creation, Munich-based Dr Petra Giloy-Hirtz, had to carry out extensive research and detective work to capture the atmosphere of the Texas display. “We see Dennis Hopper’s own choice. The sixties will flash in front of your eyes” as you walk through the exhibition, says Dr Giloy-Hirtz. Almost the entirety of the Los Angeles arts scene of the time is there on the wall, alongside scenes of turbulent political events elsewhere in the US.

The vintage black-and-white prints were rediscovered after Hopper died, and it is the first time that they are shown in the UK. Hopper did not crop his full-frame photos, and he makes full use of natural light, although he thoughtlessly attached the prints to the walls of the Texas museum.

Sadly this outlet for his creative genius ended when he diverted his talents to directing Easy Rider,  which he co-wrote with and starred with Peter Fonda, becoming a role model for a generation of artist-film makers, while remaining as much an artist as a film director and actor. Excerpts from Easy Rider are screened within the exhibition, along with scenes from the ‘flop, ’ The Last Movie (1970). He and his wife Brooke Hayward invited many of the best known names of the era to their Los Angeles home on North Crescent Heights Boulevard and they began collecting contemporary art.

Encouraged by James Dean, with whom he worked with on Rebel without a Cause (1955) and Giant (1956),  Hopper took a growing interest in photography. After living in New York for the next few years, he returned to Los Angeles where he was effectively blacklisted from Hollywood after clashes with directors.

Wielding a Nikon F camera with a 28mm lens given to him by his wife, he amassed around 18, 000 photographs, 400 of which are seen now at the Royal Academy.

Hopper snapped Paul Newman, Robert Rauschenberg, Andy Warhol, Jane Fonda and many other actors, artists, poets and musicians. Equally he was drawn to youth acting in defiance against the establishment, ranging from Hell’s Angels to flower-power people.

In 1965, he was fascinated by the African-American civil rights march from Selma to Montgomery, following Martin Luther King. One of his photos is dominated by a Chamber of Commerce sign that almost mockingly states Welcome to Montgomery, and another is taken inside a bus full of hopeful anti-segregation marchers. The protesters were among other demands calling for full employment, something not yet achieved half a century on…

Some of Hopper’s photography is of abstract nature: torn posters, painted corrugated iron, bedsprings, a plain No Smoking sign: he saw something in everything.

A plaintive series of seven photos taken in 1966 in a shabby Los Angeles street dwells on a down-and-out, who has his back to the camera as he perhaps takes a pee, beside his pathetic belongings. 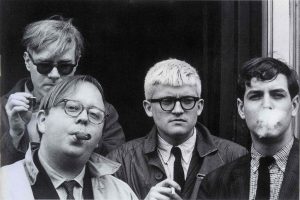 The gelatin-silver vintage prints are mounted on cardboard and despite or because of being unseen for 30 years, are in remarkably good condition.

The exhibition has been organised by the Royal Academy of Arts in cooperation with The Dennis Hopper Art Trust. To coincide with the event, Prestel has published a hardback book,  Dennis Hopper: The Lost Album by Dr Giloy-Hirtz (price £35), with some 600 illustrations, and contributions from Dennis Hopper and Brooke Hayward.

Dennis Hopper: The Lost Album is at the Royal Academy, London, until October 19 2014

At the cutting edge of fabulous fashion: the secrets of vintage dress restoration…