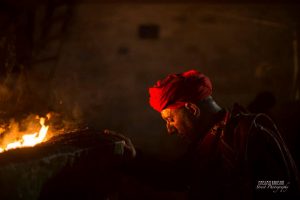 Photographer Hassan Kausar has been rediscovering Lahore, the teeming city he left for London some 26 years ago.  His conclusion is: “Despite all the poverty, trouble and violence, what is heartening to see is that the friendly and hospitable spirit of the city is still intact.”

An exhibition of his photography in the streets of the metropolis of 10m  souls, and among the Sufi mystics, has been on show in the Dreamspace Gallery in the City of London.

Hassan says that his journey was one “of revelations and discovery of the hidden layers of society at a troubled, dangerous time.” 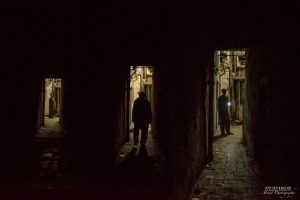 Densely-populated Lahore is Pakistan’s second largest urban area after Karachi, and an economic, transport and cultural centre. Hassan said that despite being warned that wandering the streets with a camera in impoverished parts of the city could be dangerous, “my experience was quite the opposite. There is an indescribable connection that I feel whenever I am roaming the streets of old Lahore. Very easily you gain trust, and the friendliness and hospitality is extraordinary despite the poverty.

“Unlike many cities in the west where it is not easy to photograph people you do not know, here it is not a problem to photograph strangers. There are places where you can feel that you have gone back many centuries and that things must have been done in nearly the same way for a long time.” 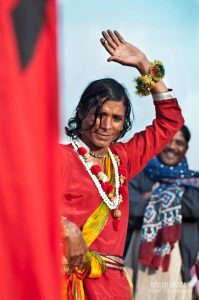 He captured touching scenes, such as a father and son sleeping close together on the ground at a railway station, and the childlike innocence of young girls, and quiet moments in narrow inner-city streets at dusk.

The “passionate, compulsive” photographer was particularly keen to record aspects of Sufism which he describes as “the spiritual, mystical side of Islam.” It is “the more rooted, popular, peaceful version of Islam, which has been under threat from the hard-line Islamists. “

Hassan had already in recent years been treated so amicably by these believers, that he wanted to explore their society further. He says: “All the taboos of the hard-line version of Islam seem to be broken here, with both men and women allowed in the shrines and to devotional dances, and the acceptance of transsexuals.

“I was told that it can be dangerous and not a great idea to photograph at shrines or Sufi processions: there could be suspicion, my camera could be stolen, and the possibility of attacks or kidnapping is always there from the hard-line Islamists.

“Once a trust was developed both with the Sufis and in some cases the police guards, I was accepted and allowed to photograph freely in the majority of the shrines.”

Sufism is described as a personal, experiential approach to God, in contrast with the prescriptive, doctrinal approach of fundamentalists. 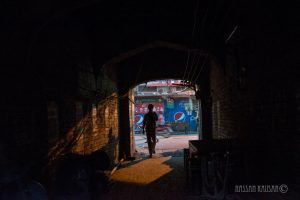 Kausar’s images, through the prism of the relationship with Sufi worshippers that he enjoyed, highlight the differences with other interpretations of Islam. Women are free to visit shrines, and transsexual khusray who are frowned upon elsewhere are widely accepted. Dance and music, which in orthodox Islam is forbidden, is an essential ingredient of Sufi devotion.

In one photo, we see a man in one of the different-coloured turbans signifying devotion to a particular saint. At the first point of entry into a shrine, the devotee touches the ledge of an open fire. Characters like this roam from one shrine to the other, living a very simple life.

Followers of Sufism – said to be the most popular form of Islam in Pakistan – are branded as heretics by the Taliban and other militants.  Sufi shrines and halls have been attacked in several countries. Security had to be stepped up in Pakistan after five such atrocities in 2010 killed 64 people.

Earlier in 2014, Hassan was chosen to document in photos for Voice of Russia radio an interview by a presenter with Malala Yousafzai, the young campaigner for girls’ education in northwest Pakistan who survived an assassination attempt.

Dreamspace Gallery, in Dufferin Street, London EC1, was founded in 2007 for exhibitions, events and informal education and is “focused on representing current ideas, work and research in the fields of architecture, design and urbanism.”

No rich pickings yet in the shipping markets…