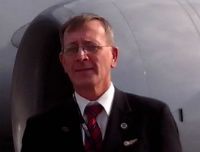 The ITF and ETF are urging their affiliates to take action over the unlawful dismissal of an aviation trade union leader in Poland.

Andrzej Jeżewski, vice president of ITF and ETF affiliate Cabin Crew Union ZZPP, has been sacked by LOT Polish Airlines during collective bargaining negotiations. This is in breach of Polish law, under which a certain number of trade union board members enjoy particular job security rights and cannot be dismissed without the consent of their board. Jeżewski is in this category but the airline terminated his contract without ZZPP’s consent.

On 4 August, the ITF and ETF civil aviation secretaries jointly wrote to LOT Polish Airlines president Sebastian Mikosz, demanding Jeżewski’s reinstatement. There has so far been no response and airline managers have not taken the ETF’s phone calls.

The ITF and ETF are urging their affiliates to send letters to Mikosz in protest against this anti-union action and clear breach of International Labour Organization (ILO) conventions on freedom of association and right to organise.

Gabriel Mocho, ITF civil aviation section secretary, said: “By dismissing the vice-president of our affiliate, LOT Polish Airlines’ top management violated the Polish law as well as universal principles and ILO Conventions. Andrzej Jeżewski should be reinstated immediately and a positive social dialogue should start. The ITF and ETF and their member unions will keep on supporting him and his colleagues in the ZZPP.”

François Ballestero, ETF civil aviation section secretary, added that LOT Polish Airlines’ “outrageous” behaviour would undermine confidence in the airline and hinder efforts to establish good social dialogue and re-launch the company. He vowed that the ETF and ITF would do everything in their power to reinstate Jeżewski in his job.

Unions are urged to support the Labour Start campaign.

Union campaign against IKEA social dumping off to flying start