At the controls: how much power did the Hudson’s Bay Company and the Dutch East India Company really wield?

The shipyard of the Dutch East India Company in Amsterdam, 1726. Engraving by Joseph Mulder.

At the controls: how much power did the Hudson’s Bay Company and the Dutch East India Company really wield? By Maximilian Gruschwitz

Two of the most successful multinational corporations of the last half millennium – the Hudson’s Bay Company and the Dutch East India Company – had vastly different impacts on society.

My research into the extent to which the Hudson’s Bay Company (HBC) and the Dutch East India Company (VOC, after its Dutch acronym) had economic, social and political control over their own governments and areas of administration has highlighted some clear contrasts.

The HBC was more a controlling social force than the VOC, but the latter became the means for the Netherlands to create a huge maritime empire and proud sense of national identity.

I spent many days in libraries attempting to piece together a narrative and analysis of the two companies. In relation to the VOC this was a particularly difficult task, as the conglomerate collapsed over 200 years ago and most of the records have vanished. 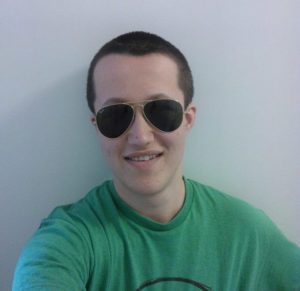 My conclusion is that the Dutch enterprise – a chartered company established in 1602 as the Verenigde Oost-Indische Compagnie with an initial 21-year monopoly to pursue colonial aims in Asia – wielded considerably more influence and control over the destiny of its home country than the Hudson’s Bay Company, which originated in London.

Deploying thousands of merchant ships trading with Asia, the VOC had over its lifespan a total of nearly 1m Europeans in its service but ended in bankruptcy at the end of the 18th century..

King Charles II in 1670 incorporated by royal charter the HBC under the title The Governor and Company of Adventurers of England Trading into Hudson’s Bay, and it was at one time the largest land owner in the world. In effect it governed a large northern stretch of what was to become the United States, and western Canada.

The HBC had substantial economic control and a fair amount of political control, but it blanched in comparison to the VOC which, though not possessing the same level of social control over the Netherlands and her Asian territories as the HBC did in relation to Canada, was at the reins of the gigantic economic boom experienced by the Dutch Empire.

A major driving component of the British economy, the HBC was part of one of the two legs: European and colonial, upon which the entire empire strode. We can say, however, that the VOC formed the trunk of the Dutch economy’s tree.

The VOC seems to have been not only the largest Dutch corporation, but also the most important in the history of its home country. From my own experience, and having heard Dutch people comment on the subject, it is impossible to deny that the VOC has become a symbol of national pride, a reminder of the glory days of the Netherlands.

On the other side of the Atlantic, the HBC, in addition to being widely talked about during every Canadian child’s education in school, has long since been a widely recognised and celebrated symbol of Canadian national identity. The HBC, to this day a leading commercial entity, writes on its website: “The 21st century finds HBC well into its fourth century of retailing in Canada. This is proof positive, if any were needed, of the aptness of HBC’s proud claim: “Canada’s merchants since 1670.'”

The HBC and the nation of Canada grew hand in hand, while the VOC and her colonies grew by pulling and pushing each other only where necessary; one was a symbiotic relationship, the other simply the input and output of trade. England was the home of the HBC in name only.

It is tempting to pass an absolute judgment as to which corporation acted how and had what impact, but ultimately, we must refrain from doing this as both companies were complex organisms with global impacts and countless individual actors, making each company greater than its uniform face. 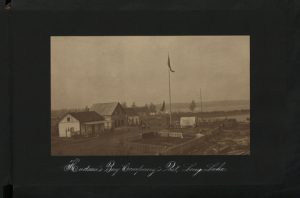 The main difference between the two huge enterprises lies in the extent of their power economically and politically. The HBC, in contrast to the VOC, focused on social integration and the intermingling of Canadian natives and French people. It was extremely important in the formation of Canadian society. Its economic control declined during the 18th century as other colonial corporations undermined its monopoly. This led to a smaller market share and a diminished political influence in its areas of administration and national government, when compared to the VOC.

Both corporations were owned by a combination of private and state actors, in such a way that the boundaries between state and private sectors blurred. The stock exchange in Amsterdam was always buzzing with news of either a successful expedition, or a failed one, and the tides and fortunes of not just a few nobles hung in the balance, but entire royal courts! And not only the courts: the lifeblood of these two vast commercial empires was the success of their trading companies. During its peak it transformed the small nation of the Netherlands into a massive economic powerhouse. To understand the rise of the Netherlands one must understand the rise of the VOC.

Similarly, the HBC was a major source of income for the British Empire and helped fuel its growth and expansion. It was for a long time the prime exporter from North America.

When we see their comet-like trajectories during the 18th century – fast and bright – we are tempted to say that they were identical: companies set up and made by the aristocratic systems of two monarchical empires. This is true only to a certain extent. The companies fundamentally differ in their strengths of economic, social and political control. The VOC had a strong socio-economic impulse, turning the United Provinces from an agrarian society into a sea-based contender in world trade, and with a flourishing middle class. The economic control it had was complete, that is to say, it pushed all competitors out of the market.

Furthermore, it had economic self-determination in its colonial administrative area and literally there was no distinction between the company men and the Dutch, for the Dutch traded through the VOC, and the admiral of the VOC fleet (later the governor-general) was the de facto ruler and chief administrator of the region.

This degree of economic control, according to the website of VOC Kenniscentrum – a neutral organisation dedicated to preserving the VOC’s history – meant that obtaining a patent gave the VOC “the exclusive right to trade in that area. The VOC was also entitled to [self-determine], to build forts, to fight war and to install itself where it wants to. So the VOC got rights normally accorded to a sovereign state.”

Each company’s respective degree of control was exemplified in the market of the home country, where the VOC was dominant in the United Provinces while the HBC was not dominant in Britain.

The VOC, contrary to the HBC’s method of stringing outposts deep into terra nova, elected to have bases in port cities for settlement and trade. When the VOC sent back its last ships it left behind military bases and a colonial system where there was strong segregation and generally not one unified society, but rather many feuding and competing groups.

Many First Nations people in Canada came to rely on and be part of the trade network of the HBC, selling furs and other goods in return for metalwork such as pots and pans and for other useful items such as blankets.

We must remember where both companies originated. The HBC and the VOC were formed by nobles who sent out a ship and were granted royal charters on the ship’s successful return with goods. This aristocratic and financial backing and Prince Rupert’s Admiralty allowed the HBC to receive royal protection and designation as a component of the monarchical. Such recognition was given with the motive that the HBC could act as a proto-government at a time when the British Empire was too vast to effectively administrate, or be administrated by the British government alone. So it came to pass that the company was more or less merged into the Royal Navy.

The VOC was similar in many aspects, but the main difference is that the VOC was publicly traded. The VOC head office in Amsterdam became the “first stock exchange in the world.” The VOC had its own currency (the Netherlands Indies Gulden), navy and army. It was not under the control of the monarchy, or even a partner, since most people who could afford it had already bought shares because of the hype surrounding the company. Countering the wishes of the VOC was something nobody did, since even the kings were shareholders, and with this economic control over the political elite, the VOC showed itself more than happy to take advantage of political free reign and control of the Dutch empire while also becoming “a state within a state” and aggressively crushing any competitors or opponents. This is in stark contrast to HBC which, as has been mentioned, was used as a tool and held little, other than, perhaps, that power which any large corporation can exercise via lobbying.

*This article is based on a dissertation by Maximilian Gruschwitz, who is studying International Business Administration at The Erasmus University in Rotterdam.