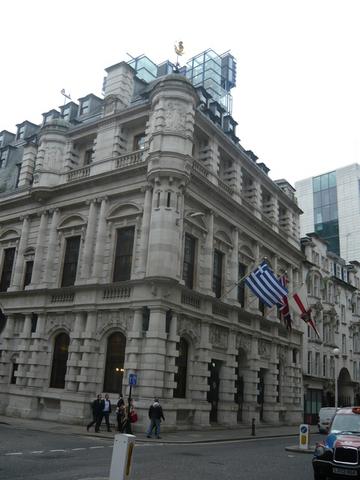 On the 17th of December 2014 at 10:29 GMT we posted an article by John Economides, a lawyer and partner in the firm Aristides Economides & Co in Athens, and we have just received the following response from Lloyd’s Register’s Andrew Kennedy Barrister,  Deputy Group Legal Director, Group Legal Services, which we quote herebelow in full:

On 17th December 2014 you posted the article below from the Greek lawyer John Economides reporting the Greek case HANNA B and the decision in Greece’s Supreme Court in 2013.

Furthermore, in mentioning the HANNA B 2013 decision in Greece, it is important to refer also to the other cases in Greece rejecting similar claims against classification societies. There were several such cases decided in 2013. Perhaps the most important of these is the PATAGONIAN PRIDE (Supreme Court decision: 584/2013). It was a claim made by a shipowner who had purchased a second hand Lloyd’s Register classed ship in 1997 following a long period of lay-up. In 1998 Lloyd’s Register was required to impose conditions of class for defects and require that those defects be repaired, within a reasonable period of time, for class to be maintained. The  response of the owner concerned was to sue Lloyd’s Register for the costs of the repairs and associated operational costs. The Greek courts at first instance, on appeal and in the Supreme Court rejected the claims finding that Lloyd’s Register was not liable.

Additionally, in 2013 the Greek Supreme Court also rejected a claim made by the owner of VOCEAN (decision no.: 1527/2013) against Lloyd’s Register. That claim concerned Lloyd’s Register’s imposition of requirements for repair of certain steel plate during a routine periodic survey (based on a clear breach of the classification Rule requirements) which it was contended conflicted with earlier advice provided by Lloyd’s Register. The first instance, appeal and Supreme courts in Greece all rejected the claim.

Finally, again in 2013, the Greek Appeal Court rejected claims made against Lloyd’s Register by the owner of the vessel JEANNIE (see: decision 62/2013). The claim was brought in response to Lloyd’s Register’s withdrawal of the vessel’s class in 2008 for clear deficiencies, and Lloyd’s Register argued successfully that, in any event, these claims were barred by the terms of the contract for classification of the ship.

I hope you will be able to set the record straight!