Motoring into a more joined-up era: the challenge which will be posed at the European Short Sea Shipping Conference 2015 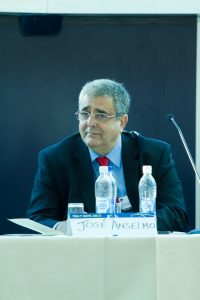 Motoring into a more joined-up era: the challenge which will be posed at the European Short Sea Shipping Conference 2015

Healthy customer demand on key routes coinciding with volatile freight rates and pressures for greater efficiency is among the challenges facing short-sea operators, and will be among urgent topics addressed by the European Short Sea Shipping Conference in June 2015.

A series of key speakers have been announced for the event, on June 18 and 19 in Copenhagen, which will among other aspects place heavy emphasis on how the industry can become more closely aligned to Motorways of the Sea, a concept backed by Euro1bn of European Union funds. Some 10, 000 ships of widely varying tonnage categories operate on continental routes.

The conference is already promised high-level participation from senior industry personalities and economists based in Denmark – the host nation being a critical player in both short-sea shipping and global heavyweight maritime trade. Leaders in the sector from neighbouring countries will ensure a comprehensive regional perspective on the way ahead.

Importance of the gathering is underlined by its firm endorsement from the man who is closely identified with the Motorways of the Sea project, José Anselmo. Mr Anselmo, who will chair the conference, is a principal administrator of the European Commission’s Directorate General for Mobility and Transport. He is a firm advocate of incorporating short-sea shipping more practically into the global maritime network, one of the prime aims of Motorways of the Sea.

After an evening welcome get-together on June 17, delegates will hear keynote addresses the following morning on behalf of the Danish government, and from Anne Steffensen, director general of the Danish Shipowners’ Association, which has in membership more than 40 maritime companies managing vessels totalling 14m dwt. Ms Steffensen has been vocal in encouraging a wider role for shipowners in environmental and technical decision-making, and in the regional and international maritime framework.

The opening session will focus on the markets for roll-on roll-off trade, containerships, dry and bulk liquid markets, and the impact of the offshore sector. Speakers will include Per Westling, deputy chief executive of Stena RoRo, and Lars Jensen, chief executive and partner of SeaIntel. The question of “Feeder versus dedicated services” will be tackled by a speaker from Unifeeder, one of northern Europe’s leading feeder operators transporting containers from the large European container hubs in Belgium, England, Germany and the Netherlands to more than 35 regional ports.

The following session will move on fully to the subject of Motorways of the Sea, with the first talk setting the scene: “Sustainable Corridors in Europe: Challenges and Opportunities.” Prof Harilaos N Psaraftis of the department of transport optimisation and traffic engineering at the Technical University of Denmark will offer his views.

Practitioners will then take the platform, starting with Anders Refsgaard, vice-president of DFDS and head of the group’s Baltic shipping network. Other speakers will expound on short-sea shipping in the Atlantic, the Western Mediterranean and Eastern Mediterranean, respectively.

Next day,  June 19, conference participants will turn to port, multimodal and technology issues, with discussion kicked off on the ports side by Julian Skelnik, marketing director of the Port of Gdansk. Prof Frank Arendt, head of the Information Logistics Department at the Institute of Shipping Economics and Logistics, Bremen, will complement the theme by stressing the role of supply chain event management, in terms of enhancing planning, and of monitoring intermodal chains.

From Canada, there will be instructive briefing on integration of short-sea shipping into multimodal and intermodal chains, amid what is seen as a restrictive regulatory environment. The case study could hardly be more significant in terms of global trade: Martin Fournier, executive director of St Lawrence Shipoperators will outline experience in the Great Lakes  and St Lawrence market.

Prof Peter Lorange then steps to the podium to share some of his extensive strategic knowledge on “Innovation in Shipping.” Prof Lorange is president and chief executive of Lorange Institute of Business, Zurich.

A look at the next generation of ships and services in short sea shipping will be shared by DNV GL  Denmark country manager Flemming Mose Christensen; after which the session will switch to an expert’s examination of  liquefied natural gas infrastructure, development and port reception facilities in the Baltic region.

The session closes with insight into one of the most burning issues for the sector: the impact of sulphur emission control areas (SECAs). This will be delivered by Poul Woodall, director for environment and sustainability at DFDS. From the beginning of 2015, EU member states have to ensure that ships in the Baltic, the North Sea and the English Channel use fuels with maximum 0.10% sulphur content. Higher sulphur content is permitted only if exhaust cleaning systems are operating.  The Baltic Sea, the North Sea and the English Channel are designated as SECAs.

The final session moves on to policy and cost Issues, with EU and shipowner perspectives. Ole Sævild, managing director and chief executive of Sea- Cargo, which trades between the west coast of Norway and UK and other European points, will give his run-down on cost drivers. Prof Orestis Schinas of Hamburg School of Business Administration will take a broader look at the economics of the industry – including the implications of SECAs, and profitability in the EU compared with other regions.

The official conference dinner will be on June 18. The Copenhagen conference – jointly organised by the Maritime Development Center of Europe, Denmark, and CBS Executive – follows previous gatherings in the series, in 2014 in Lisbon and in 2013 in Antwerp. Barcelona has been selected as host city for 2016.

A report by a Dutch advisory service, Bloem Doze Nienhuis BV, in 2012 estimated that the European short-sea sector annually lifted 1.8bn tons of cargo with a value of $36bn.