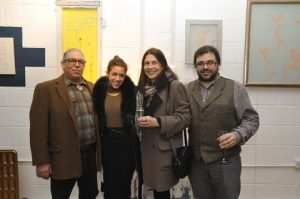 “Waking Up” is a celebration of dreams, with the coming together and meeting of dreams, expressed through unique and innovative pieces of art.

It is an exhibition inspired by dreaming:
A Quilt of Dreams draped on a floating mattress becomes a physical place where different fantasies,  thoughts, images, and sensations occurring in a person’s mind during sleep meet in the real world and communicate with each other.

Headboards sewn with illuminating cords convey messages that transform an ordinary bed into a subconscious state of tranquility and release a positive aura at the most precious time of the day.
In her own words: ‘Listening to our dreams is vital for us as individuals; we have dreams as an entry into another realm and dimension but they are more than a fantastical gift to us as they teach us about ourselves and our waking life, in that they allow for us to solve and accept scenarios telling us how to proceed and move forward.’ 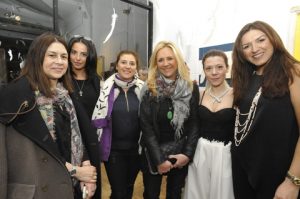 S-PSARROS’s unique artistic approach is also reflected in her first jewellery collection. Each piece carries a story that has a positive impact on the inner self. By wearing it, it becomes a part of one’s own existence.

S-PSARROS is a London based artist whose concept is to sew words and sentences together,  creating stitchings. The process of sewing organically and spontaneously develops into intertwined webs that sometimes reveal recognisable imagery, and other times are more abstract and sublime.

Either way, these works tend to expose their own ‘language’ which have been translated from their original source: they appear ethereal yet always hold the meaning from their literal beginnings. S.PSARROS has in essence established a language, which is always authentic and forever changing within itself. The same kind of syntactical process is used in designing her jewellery, for which she has additionally made her own alphabet. This unique perspective gives S-PSARROS the feeling that she adopts the role of Hermes the messenger, particularly when she is asked to create as a gift from one being to another. 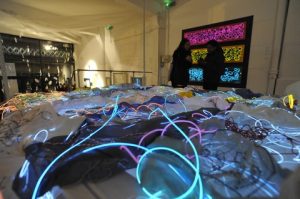 Stephanie completed her studies at the School of Visual Arts in New York City in 2010. She has presented her work for the Teenage Cancer Trust in London, the Art of Giving II with Desmos at the Athinaida in Athens, Greece. And has also been asked to create works for a theatre production at The Library in London. She has previously worked alongside Set & Costume Designers before
continuing her artistic pursuits.

The Market and Geopolitics: expect the unexpected…