Immigration in the UK and Japan: how the two nations face differing challenges…

Immigration in the UK and Japan: how the two nations face differing challenges is highlighted at Daiwa Foundation event in London,  By James Brewer

Governments in both the UK and Japan are falling short in the way they manage immigration concerns, speakers asserted at an event in London in the Daiwa Anglo-Japanese Foundation seminar series on diversity.

Japanese views about ‘foreigners’ came to the surface recently, over the winner of a beauty competition, the meeting heard. Ariana Miyamoto, who has a black American father and a Japanese mother,  was chosen as the first biracial Miss Universe Japan.

She was “an image of both changing and unchanging Japan in this field of international migration, ” said Dr Kristin Surak,  associate professor in Japanese Politics at SOAS, University of London.

While conservative commentators questioned whether she was the right person to represent Japan, Ms Miyamoto is being seen as the new face of Japan, which includes inter-racial marriage: she was born in Nagasaki, home to an American naval base.

Dr Surak said that Ms Miyamoto was motivated to enter the competition after a close friend who of mixed heritage committed suicide. Ms Miyamoto was quoted as saying:“That’s when I decided to do something about the suffering he had endured.”

A further episode that sparked debate was cited by Dr Surak, whose award-winning book Making Tea, Making Japan: Cultural Nationalism in Practice, was in 2013 published by Stanford University Press. She said that in February 2015, a prominent Japanese author provoked outrage, including condemnation from diplomats of the once apartheid-practising South Africa, by calling for immigrant workers to be segregated. Ayako Sono wrote in a newspaper column that immigrants, especially those providing care for the elderly, could ease problems in the country’s nursing sector, but they should live apart. In contrast to such views, said Dr Surak, there had been a lot of attempts to improve integration of foreigners in Japan, largely at the local level “and that is where it matters.”

Dr Surak said that there were currently 2.3m foreigners in Japan, of whom 1.4m were permanent residents. Since the mid-2000s this level had changed little. “Famously, this is a very low number, under 2%, ” said Dr Surak. While Japan had 1.6% foreigners, South Korea had 2%, France more than 6%, the US 6.8% and the UK 7.7%. Japan allowed some people in for training and working in sectors like fish gutting. From Indonesia and the Philippines, 1, 000 care workers a year were accepted, but to remain longer than two years they had to gain nursing qualifications, for which the examinations were in Japanese. In 2012, Japan rolled out a points system for highly skilled workers, such as technicians who were supposed to be bringing innovation to Japan. “The official target was 2, 000 a year: how many did they get? Seventeen… and in the second year, 60, so it is stuttering along.” Most of the incomers were Chinese.

At the Japanese border control, the rules were: no immigration, no low-skilled workers, “but there are a lot of backdoor schemes. A lot of Japanese do not want the 3D jobs – dirty, difficult, dangerous, ”said Dr Surak.

With the country’s 65m workforce predicted to drop to 55m in the next two decades, immigrants could not plug this gap, but they came to the country in the prime of life, paid taxes and requird few education and retirement costs.

Citing the policy known as tabunka kyosei (multicultural living together), Dr Surak said: “I am always impressed with the great diversity within Japan.” She added: “The problem is not people staying, it is people leaving. Japan would be so lucky to keep people like [all of] the 200, 000 students in their country after they graduate.”

She spoke of the kindness that had been shown to her personally “as a white American, in Japan. I don’t want to lose faith in Japan. I think there is a lot of promise still.”

Bill Emmott, an author of six books on Japan and who is chairman of the charity Wake Up Foundation, said that if you asked economists whether immigration was beneficial, there was barely any dispute. An increase in labour supply created growth in gross domestic product. People who make the effort to travel are younger, healthier and more enterprising and often well educated with the expense borne by another country. “That, in the British context, is especially true. Half of the people involved are from other European countries, and the vast majority of them have excellent education.” On the other hand, in a recession there would be some depressing effect on wages, and there were integration costs.

The cultural and social aspect of immigration was “much more important and far less clear, ” said Mr Emmott.  In Europe, nationalism was on the rise, fuelled especially by high unemployment, a fear of the conflicts on the southern side of the Mediterranean, and over the border in Ukraine, and the collapse of Syria.

In Europe, unlike in Japan in recent times, “we have all essentially been immigrant states, with long histories of movements of people; but since the second world war, for several decades much of that movement stopped. The conclusion of that war caused a certain amount of ethnic cleansing – so Europe for a time became less intertwined, less a continent of immigration.”

Mr Emmott underlined that countries had different emphases on what was controversial about immigration. “In Sweden it is about asylum seekers, in the UK much of the argument has been about East European labour. In France, there is the rise of the Front National, the clash between the secular state and Islam, and the segregated nature of immigrant communities.”

Illustrating the emotional overlay of the subject, Mr Emmott said that when asked in surveys to guess the immigrant percentage of the UK population, people would say 31%, whereas the true answer was, depending on the definition used, 13% or 7.7%. 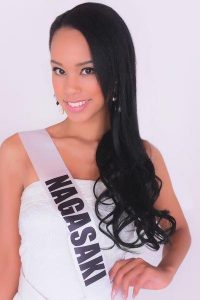 As to solutions, Mr Emott said: “A key part of public policy has to be integration… on which we should spend a great deal more time and money” and the fundamental background issue was the state of the economy. “In public discourse, we need ways to differentiate the categories of immigration.” He cited Switzerland, where 24% of the population is foreign-born, as dealing with the issue in a competent way as the most socially regulated country.

Asked to expand further on the requirements for public policy, Mr Emmott declared: “Governments should be very transparent about what they are doing, including not making ridiculous promises as the Conservative government did [on curbing net immigration], and ridiculous forecasts as the Labour government did in 2004.” He criticised “conflicting statements about turning our universities into export industries and that we are open for business, but that we are closed to immigrants.”

Dr Surak praised Canada for its efforts to educate the public on these questions. Every year some 300, 000 people entered as new Canadians and the country tended to be one of the least xenophobic, she said.