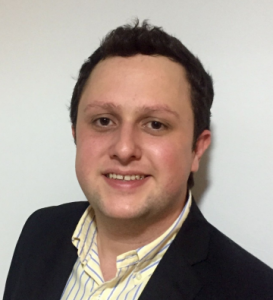 The FONASBA Young Ship Agent or Broker Award 2015, co-sponsored by International Transport Intermediaries Club (ITIC), has been awarded to Renan Quieroz of Wilson Sons Ltda, Brazil (pictured on the left). Aleksandra Obucina of Agent Plus D.o.o, Serbia, was also awarded a special ‘highly commended’ award for his submission

The award was introduced this year and entries were reviewed and judged by a committee which included ITIC director Charlotte Kirk and which was headed by former FONASBA President Gunnar J Heinonen. Mr Heinonen observed that the standard of the entries was consistently high across all the papers, and that the number and level of entries had proven the concept of the award.

Current FONASBA President Glen Gordon Findlay, meanwhile, said, “This award, together with other initiatives which FONASBA has introduced recently, will ensure that education and training remain one of our core activities.” He also said he was “extremely grateful” to ITIC and to BIMCO for their generous support in sponsoring the awards.

Charlotte Kirk says, “ITIC is proud to be a sponsor of these FONASBA awards, which will help us identify the outstanding ship brokers and ship agents of the future.”

** FONASBA (The Federation of National Ship Brokers and Agents) provides a united voice for the world’s shipbrokers and agents. Founded in 1969, the organisation promotes fair and equitable practices and ensures that the needs of its members are understood at both a governmental level and across the maritime industry. www.fonasba.com