Naming and shaming the pests…

London, Lloyd’s of London and Willis’ buildings in the  heart of the Square Mile

Naming and shaming the pests: a must to save our society and shipping in particular!

Our viewers might recall two articles back in July 2013 following the Edward Snowden affair, and here below we are just sending the message that our society and that of shipping in particular must and will show zero tolerance to people wishing to harm other people, or shipping companies of any kind (including their principals, personnel and clients) for reasons their character and sometimes disorders and health deficiencies “dictates” to them.

These people will use every possible way and method to harm, whether they are in control of their brains or even when they have a natural and or mental disorder, and, being undetected they can harm themselves and society at large to all intents and purposes.  By logging in the appropriate part above – in light blue are the links so you can refresh your memory and you will understand the reason for this article/analysis. John Faraclas gives some insight:

Given what we all lived with during the last fifty years, the last decade being a very crucial one for humanity (wars, diseases, natural disasters, political issues and ideologies, religious wars and  societal “hiccups” and many other issues with whistle blowers, insider fraudsters, blackmailers, adventurers,  more and more business hooligans, pests, racketeers and people with various syndromes)   causing problems to all.

The public must assist the governments world-wide when a case is known, with the appropriate and fully checked evidence in hand, as it is not the violation of certain laws or codes of those who commit these crimes (these are crimes by the way), but the well being of all people who are subjected to  or are under the “mercy” of these people and their despicable actions!  Nowadays these are becoming bad habits due to their continuity… and rest assured many will be caught and brought to justice. We must expose the identity of these individuals no matter if they are single, married, married with children or whatever, as if this is done swiftly it will certainly discourage others from engaging in these despicable activities through the fear of also being exposed!  Often, these people’s behaviour includes acts that tarnish a person’s reputation and standing within a community, and we should refer in particular to our shipping industry society!

On a political level now, there are certain regimes and governments, associations, organisations, even NGOs who name and shame individuals (politicians and other officials) and governments and countries whose leaderships do not abide by international laws, ethics and standards; they must be punished, named and shamed too!

We must find the courage to reveal the identity of any person or association or organisation guilty of illegal and/or unacceptable behaviour in order to embarrass them into not repeating these criminal offences.

There are many moles inside many companies in the international shipping cluster, governed by envy, madness or whatever you can imagine.

From what we have found in a long survey conducted over forty years, their behaviour can change in a second. There are two categories on which we have worked on: those who are criminals and those who are sick (crazy etc). The latter have also hallucinations, inferiority complex, they externalise  their problem and are trying to be seen as victims. They are “haunted” by themselves and also need always somebody to “fight” with following a period of “I need to speak, to send messages and communicate (as happens in the days of mobile and high IT world). We also have divided these people into those on-board ships, and those working ashore – offshore. Quite a big difference but their symptoms are common, identical. 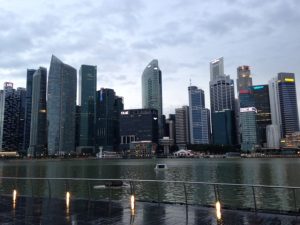 There are specialist books and high level information available and we all know, particularly those of us who have served in high military positions, of what is going on. Never ever forget that after the end of World War Two when the British Army, Royal Navy and Air force of six million was disbanded, the best administrative capital in the world had an offer for the top of the echelon who joined shipping companies in the City creating the leading maritime capital ! Why, because basically all those were already screened, tested ahead of taking up posts in the various offices in the Square Mile. Do employers screen nowadays all their personnel and are the HR departments as capable and protective against sleeping ducks and moles who can destroy the industry? I doubt it!

Equally, we are all aware of surveys of schizophrenic people, “people looking good to me” or “OK guys and dolls” as we know and believe it or not, many from this lot have been exposed when the Friday dress down day made its presence felt in the City and downtown New York. 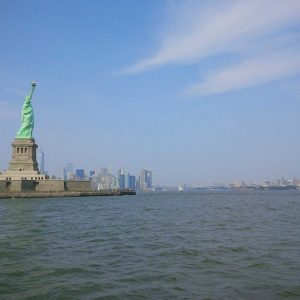 Now, being ultra-cautious and wearing my sleuth’s cap, how about a hypothetical scenario where in a shipyard’s IT and comms technical department or in a marine insurance entity or in a shipbroking office these pests strike? What plans exist to deter these people’s actions or actions of other people they target? Crisis HR planning must be  the order of the day at all times.

This is the first of a series of articles which will follow in due course, and already people/viewers with respective knowledge are lining up to contribute – and we encourage others to join in, and write, name and shame those unethical people, to put it mildly: with very bad manners and no respect at all!

We recommend all to be on guard, also we advise those culprits not to be surprised about what is yet to come and how they will be treated by our society, the maritime sector in particular. You see how KPIs should expand and be enforced in all personnel departments. All HR practitioners should be aware, educated and trained for these circumstances. Check your office personnel and carry out an out- of-the blue drill!