Pioneering standard charterparty for LNG spot trades is on brink of publication,  By James Brewer

A new contract for voyage chartering of liquefied natural gas carriers is expected to be published in February 2016.

It will be the first standard spot charterparty in a sector which sees 333bn cu m a year traded annually, although most of the business by time charter.

With major fluctuations in energy pricing and demand, there is likely to be an increasing number of cargoes fixed on the spot market.

The LNGVOY Voyage Charter Party is being launched by the documentary committee of the shipowners’ body BIMCO in conjunction with the International Group of Liquefied Natural Gas Importers.

Such is the interest drawn by the topic, that Stephenson Harwood, the law firm which advised on drafting of the charterparty, has launched a client magazine called Well Heeled. The title is not a reference to the wealth or otherwise of operators in the trade, but to the ‘heel’ which is the small portion of LNG retained to keep the tanks cool following discharge of a cargo. Heel can also be used to substitute or supplement conventional fuel oil. 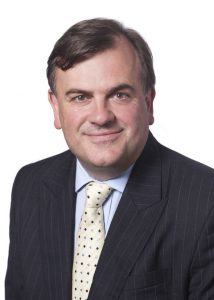 Introducing the periodical to clients and contacts, its editor, Stephenson Harwood partner Stuart Beadnall, who is a leading specialist in shipping and energy, said the aim was to provide insights into legal issues and comments on recent developments.

Mr Beadnall described the go-ahead for the voyage charter form as a significant event. He said that the launch of the magazine coincided too with the arrival in Louisiana of the tanker that would carry the first US export shipment of LNG, “symbolising America’s status as a major new exporter to Asia and Europe.”

New York-listed Cheniere Energy has transformed its Sabine Pass terminal from import to export capability, at a reported cost of $20bn. Three other export terminals are under construction in the US.

BIMCO and its partners in a working group that includes representatives of Exmar, Total, Shell, GDF Suez, MOL, Vitol, Affinity, Nordisk, Stephenson Harwood and Thomas Miller P&I, are in the final stage of preparing the accompanying notes that will be published with the charter form. 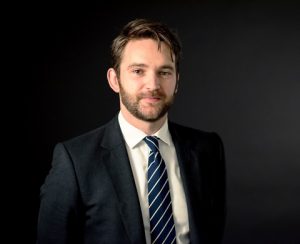 One of the contributors to Well Heeled, Owen Fry, said that transporting LNG differed in significant respects from shipping other commodities.

“The sophisticated infrastructure that must be in place to transport natural gas as a liquid,   the constant loss of cargo as boil-off, and the use of cargo as fuel for propulsion are among the factors which make the LNG trade unique, ” he wrote.

Depending on the relative prices of LNG to fuel oil, it might be economical to sacrifice some of the LNG in propulsion, and orders could be given to “force boil-off” to achieve this.

BIMCO says a ship can use the natural boil-off as fuel free of charge during the voyage up to a certain amount. If there are delays causing the cap to be exceeded, the loss of gas has to be allocated between the parties. Under LNGVOY, owners will take this risk, unless the delay is caused by the charterers or by an event outside the owner’s control, such as a blocked or restricted channel or seizure by piracy, or war risks. Conversely, at loading and discharging ports, additional loss of cargo will be for charterer’s account, except when caused by owner’s breach or by a delay outside laytime.

Provisions relating to heel vary in importance. When a charterparty is short term, or for a single voyage, owners will want to know more precisely about the quantity of heel that will be returned so as to plan for the next employment of the vessel, said Mr Fry. Under long-term time charter, owners are less concerned about heel in between voyages.

LNG increased its share of global gas trade carried by sea in 2014, according to the 2015 Review of Maritime Transport by the United Nations Conference on Trade and Development. Volumes increased by 2.5%, driven by higher import demand in China, India, the UK, Brazil and Mexico. Japan, the leading importer, increased intake by 1.4%, while South Korea, the second largest importer, recorded a decline of 5.7% as inventory restocking was completed, Unctad said, quoting as a source a British Petroleum report. Australia, Qatar and the US are the largest producers.

US imports were curtailed by the shale revolution, but the superpower could eventually emerge as an important gas exporter. The Unctad report, written before the substantial downturn in fuel commodity prices, said that firm global demand for LNG, led by the Asian economies, was expected to support growth in LNG carrier demand, while environmental regulations and air emission controls might lead to a growing role for gas. Some observers had predicted that LNG volumes would double by 2020,

BIMCO said that the contract would add flexibility to the spot market and give parties alternative means to manage their risks, and control costs. Because of the nature of LNG cargo and its common use as propulsive fuel, it created a number of challenges when carried under conventional voyage charter party terms.

The key issues stemmed from the fact that the cargo continuously “boils off” and that arrival at loading and discharging berths has to run like clockwork because of the infrastructure of the LNG business, said BIMCO.