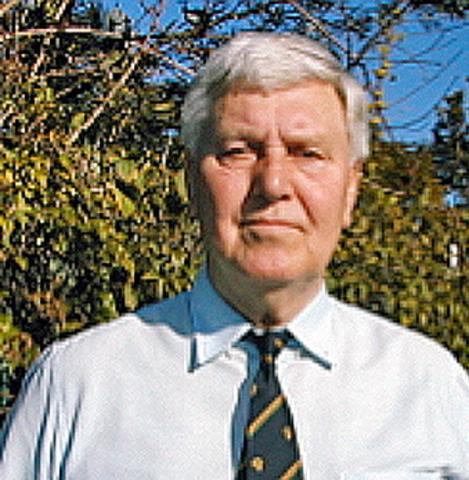 Tributes have been paid following the death of a leading light at an international maritime service company and consultancy.

Captain George Brook Johnson, who was Managing Partner and Principal at The Maritime Group Ltd (TMG), crossed the bar after a long fight against cancer.

Capt Johnson, who was TMG’s representative for Australasia, spent 49 years at sea after graduating as a cadet from the New Zealand Shipping Company in 1961.

Brook, as he was known in later years but ‘Johnny’ in earlier years, was born and brought up in Yorkshire, UK.

He graduated from Warsash Nautical College, in those days part of the University of Southampton but now part of Solent University. He joined MV Otaio,  the New Zealand Shipping Company’s cadet training ship on her second voyage.

He emigrated to Australia in the late 1960s having first married his childhood sweetheart Anne, where they became Australian citizens and parents to two children.

Friends and colleagues at TMG have paid tribute to Brook and have sent their condolences to Anne and family at their home in Brisbane, Australia.

Malcolm Parrott, who is TMG Managing Director and Executive Vice-President, said: “All at TMG are deeply saddened by Brook’s death and our sincerest sympathies go to his family.

“Brook was a very old friend of mine dating back to our time together in the New Zealand Shipping Company in MV Otaio.

“All who knew Brook will remember him with great fondness and a smile.”

“He played a pivotal role in making TMG the success it is today and will be very sorely missed by all and I am deeply upset by his passing.”

“He will be missed by the many people whose lives he touched both professionally and personally.”

John W Bussell, lately TMG representative and Managing Partner in Singapore but now attached to TMG Europe in London, said: “From my dealings with Brook, he was sincere, had great insight and, this is my perception, a great sense of humour.

“I am sure he will be deeply missed within the shipping community where he was respected and more especially by his family.”

Brook, who had dual British and Australian nationality, served on nearly 50 ships during his career at sea.

Brook spent 15 years in the oil offshore Industry, mainly in Australia and Asia as Master on offshore support vessels but also as Master on a variety of other oil industry vessels.

He transferred to a cruise liner as Staff Captain, was promoted to Captain and spent the rest of his sea-going career of 13 years in command of cruise ships.

Brook was also an author with his works including his autobiography ‘A Life on the Ocean’s Wave’ and a novel called Somewhere East of Suez.

The Maritime Group, Inc. was first formed in 1990 in the USA by Captain John M Cox. The Maritime Group International now has regional offices in Seattle, Honolulu, Brisbane, Singapore and London. The London Office was set up in 2004 by Captain Malcolm W Parrott after he retired from 26 years’ service with Sea Containers, both at sea and in senior managerial and executive positions.

It is a global consortium of marine consultancies, management companies and maritime professionals with many years of experience in ship operations at sea and ashore.

TMG has worked with a variety of clients, such as major shipping groups, port operators and government agencies worldwide.

As a world-class maritime consultancy, TMG provides solutions for businesses to meet their targets from conception and planning through to operations and management.

Its services include marine consultancy; operational and business advice; bid development, management and support; safety and security at sea; ship brokerage and port development and marketing. TMG are currently working on projects for Serco Limited, the Scottish Government, the Councils of the Orkney and Shetland Islands, the Gujarat Maritime Board, India and a number of smaller projects including a number of expert witness assignments for maritime litigation cases.