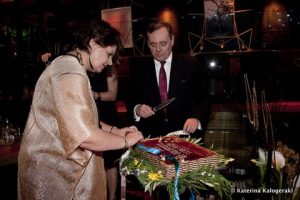 What a gathering that was last night at the at the chic West End restaurant Dstrkt inLondon! Under the auspices of the Greek Ministry of Economy, Development & Tourism, just over one hundred members, friends and guests of the Greek Press Association to honour the association.

Academics, diplomats, politicians, professionals and business people from all paths of life honoured with their presence the best ever event of its kind at the centre of entertainment in the British capital; Soho!

Charity was the name of the game and over three thousand pounds were collected in support for donation for one of the most important charities, that of Hellenic Hope, supporting kids-at-risk in Greece. The ever present Tina Mavrakis accompanied by Irene Charalampopoulou did an excellent effort which paid-off! Next event to continue your support is the Greek Shipping Hall of Fame coming up in Athens on the 4th of April at the Athens Megaron. 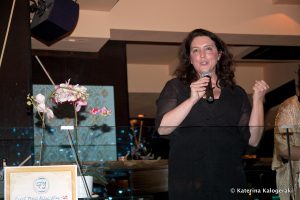 The presence of the Greek shipping and its professionals in the administrative capital of shipping was more than evident with HESGB occupying the biggest table and its jet-lagged president Dimitris Monioudis, as ever present in such events– he landed two hours before  from his business trip in China, and his wife had guests even as far as Brazil! 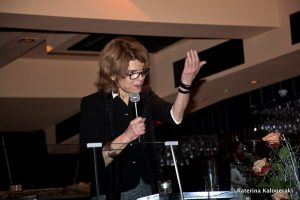 Good to see so many supporters for such an excellent cause and support to the Greek journalists and their efforts to support the Greek cause under the worse ever international geopolitical and economic chaos! 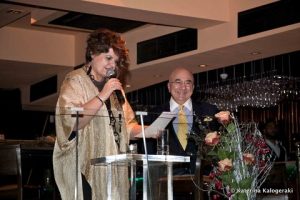 Martha Chrysomallis, the president of GPA and her team did their best to make the event memorable! A good place and event to see old friends from the past! Good food and drinks as well as an excellent cake was cut, a …sweetener for the situation we all live in…

Will revert with a full update soon; watch this space.

Viewers can log herebelow to read the update as we mention above: