The International Windship Association (IWSA) has today announced that nominations for the first Wind Propulsion Awards are officially open.

The Wind Propulsion Innovation Awards recognise pioneering projects, technological innovation and the development of wind propulsion as technically and commercially viable solutions within the shipping industry. These awards will spotlight individuals and companies making a tangible difference in advancing wind propulsion as a low carbon, truly sustainable option for the world’s shipping fleet.

The 2016 awards ceremony will be held at SMM 2016 (Shipbuilding, Machinery & Marine Technology conference) in Hamburg from 6th-9th September 2016 and will be one of the highlights of IWSA’s program of over 20 wind propulsion presentations, seminars and networking events spread over the four days of the conference.

SMM 2016, is the world’s largest international maritime industry show, held every two years, it is the major event for shipbuilding, ship operations, ship management, ship maintenance, and related maritime technology, with over 2000 exhibitors and attracting more than 50, 000 visitors in 2014.

“Wind propulsion solutions are thevital component in helping the shipping industry to reach ever tighter efficiency and emissions targets. It is critically important to raise the profile of the commercial application of wind in shipping and the Wind Propulsion Innovation Awards is one way that we can help achieve that.”said Gavin Allwright, IWSA Secretary. 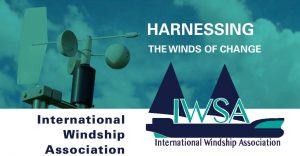 There are four categories in this year’s award: Wind Propulsion in Commercial Shipping – Innovation Award, is open to developers of innovative technology, network building or business development in the field. The Wind Propulsion Technology User Award, will be presented to anycompany championing the use of wind propulsion in the maritime sector through supporting, testing, prototyping, operation or commercial use.  The Wind Propulsion Research Award will go to one of the researchers, engineers, naval architects or academics for their contribution to the sector and a final special category, the Lifetime Achievement Award will be presented to one of the outstanding figures in the wind propulsion sector over the past few decades.

Nominations for these awards are now officially open and the deadline for entries is the 07 June 2016. Shortlisted finalists for each award category will be announced in June 2016 and the three main categories will be decided by open vote. The Lifetime Achievement award winner will be selected by IWSA member vote. Winners will be announced during SMM, 6th-9th September 2016.

Nominations are now invited for each category and should be accompanied by a short description of why that project, company or individual should be considered for the award. More details on how to make a nomination can be found at http://wind-ship.org/en/innovation_awards_2016/

The International Windship Association (IWSA) ), a not-for-profit organisation dedicated to the promotion and facilitation of wind propulsion solutions for commercial shipping, facilitates and promotes wind propulsion for commercial shipping worldwide and brings together all parties in the development of a wind-ship sector to shape industry and government attitudes and policies.