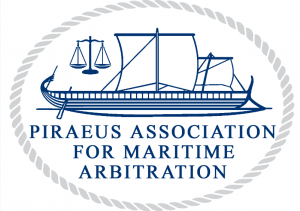 It was noted that, although lack of funds constitutes a constraining factor in conducting the necessary marketing, the Association is already well known in the Greek and the International shipping through:

a) publication of articles by its members in shipping media

b) participation as supporting organization of international conferences and events with an extensive audience, where promotional material is disseminated

c) presentation by members at conferences and educational institutions, as well as interviews to the press

d) dissemination of press releases communicated to numerous organizations, as well as of promotional material

It was also emphasized that recently Article 52 paras 1, 2 of Law 4150/2013 expressly provides for disputes arising out of chartering or marine transportation of the Greek State or a Legal Entity of Public Law (NPDD) and a Legal Entity of Private Law (NPID) of public interest can be settled through arbitration, and it is actually expressly declared that this arbitration can be carried out by the Piraeus Association for Maritime Arbitration.

Conclusions stated that there are still many possibilities for promoting the aims of the Association, in which the active participation and the concern of its members can prove effective without requiring high costs, when the international shipping market is undergoing the present state of recession.

It is truly lamentable that in the difficult times most of the shipping companies are going through, especially the smaller ones, which find it impossible to cope with the devastating necessary legal expenses, are not in a position to safeguard their financial and other interests, a fact that results in instances of denial of justice.

This role can very well be partially performed by the Piraeus Association for Maritime Arbitration!

The Uncitral rules governing international arbitration in Greece, as well as the flexibility in the selection of Arbitrators and the lower cost, render it very attractive.

The Piraeus Association for Maritime Arbitration warmly supports the substantial initiation and proper operation of the Piraeus Shipping Cluster and it establishes cooperation links with the Associations of Shipbrokers, Maritime Lawyers, Technical Experts, etc. so that, finally, the existing priceless, globally recognized know how can provide a leverage for extroversion and greater development.

It now undertakes the initiative to examine, in the immediate future, if there is in principle any interest on the part of the other Greek Maritime Organizations, so that a strong counterbalance can be created on the International Market, proportionate to the scope of Greek Shipping.

We need, however, to regain our faith in Greeks and in Greece.

ARE WE READY TO DO IT?

IMarEST’s Salvage past, present and future: Lessons learned and challenges ahead