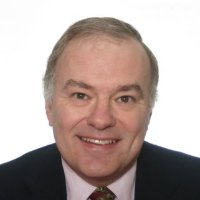 A Fair and Cost-Efficient Means of Dispute Resolution

May 12, 2016– NYMAR (New York Maritime, Inc.) released today the fifth in a series of articles demonstrating the strength and unique characteristics of New York as a preeminent maritime center.  This fifth article, under the authorship of Keith W. Heard partner with Burke & Parsons, identifies the United States District for the Southern District of New York as the most prestigious trial court where the first session of court was held on November 3, 1789.

“Since that inaugural date, thousands of maritime cases have been filed in the Southern District of New York and they continue to be filed to this day.  This includes cases involving cargo damage and loss, personal injury and death, maritime lien claims, fires, groundings, collisions and other types of marine casualties.” states Heard in the article. Mr. Heard also discusses the New York maritime bar’s outstanding reputation for work in the area of casualty response, stating “When vessels collide or run aground or experience other serious casualties, their owners, charterers and underwriters need to know what happened and why. New York maritime lawyers understand the importance of a rapid and in-depth response in these situations and have been providing this service to their clients for untold decades.”

Mr. Heard states “Litigation of maritime cases in New York is widely acknowledged as a fair and cost-efficient means of dispute resolution” and closes the article by stating, “The large body of maritime precedents, dedicated and experienced legal advocates and outstanding judges combine to ensure maritime litigants in our courts of a just resolution of their cases in a timely and cost-efficient manner that is consistent with the storied history of maritime dispute resolution in this great city.”

To view the article, click here .  Future articles will be released on a variety of topics illuminating New York’s leadership as a global maritime center.

New York Maritime Inc. (NYMAR), a member-based association of maritime companies in the greater metropolitan New York area whose goal is to promote the benefits of the region as a maritime business center in order to attract more businesses to share in the opportunities available in this robust area (www.nymar.org.);

Keith W. Heard is a 1977 graduate of Yale University and a 1980 graduate of Vanderbilt University School of Law.  He has practiced maritime law in New York since 1980 and has been a partner in the firm of Burke & Parsons since 1994, concentrating on cargo damage, charter party and casualty work.  Mr. Heard is a member of the Maritime Law Association of the United States, having served as Chairman of its Committee on Arbitration and ADR and as its delegate to the BIMCO Documentary Committee.  In addition, he is a former Chairman of the Admiralty Committee at the Association of the Bar of the City of New York, an associate editor of American Maritime Cases and a member of the Tulane Maritime Law Journal Board of Advisory Editors.