The book: Innovations in Shipping… 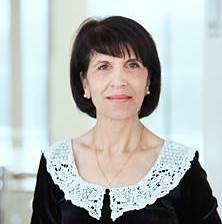 Strategic vision remains a quality sorely lacking in many parts of the shipping industry – a failure that at its worst has led to bankruptcies of quite large businesses and as a result, to chaos among their suppliers and customers. Shipping guru Peter Lorange is addressing pivotal aspects of this industry-wide weakness, and critically what role innovation can play, in his latest book.

Prof Lorange has included in the book a wealth of case studies – a dozen of them – which is a positive initiative given the lack of real-life shipping industry stories available for detailed examination in academic and business circles.

The author is immediate past president of the Zurich-based Lorange Institute of Business, where he now is Honorary President, and was previously for 15 years president of Lausanne–based business school IMD and earlier of the Norwegian School of Management in Oslo for 4 years. He brings hands-on experience of having been a shipping company board member (including Seaspan, RCLL and KiL), a shipowner (S. Ugelstad A/S) and an investor in shipping.

In Innovations in Shipping he sets out to explore how the basics of “doing successful shipping” have changed, especially given the weight of China – albeit the country is slowing economically – in the freight and other markets, and how efficient innovation processes in the shipping industry similarly might have changed.

From the off, Prof Lorange homes in on what he believes is the general lack of innovation and the shortcomings relating to basing strategic decisions based on the ‘unit’ of single ships.  In other words, the management of entire fleets, in contrast to individual ships, is called for, with the sense that this could contribute to the emergence of a relatively more attractive industry.

In typically lucid and direct style, Prof Lorange takes apart the conventional business model, before investigating ‘radically novel’ approaches.  In a fast-moving commercial world, his work is about as up-to-date as it is possible to be, taking forward scholarship that might just a few years ago have been seen as worthy to be taken as standard texts.

In its holistic perspective, the book goes beyond other recent works that focus more distinctly on the economic side, or on ship finance.  This is a foray even further into the 21st century and its demands than Prof Lorange’s previous book Shipping Strategy (2009) which has sold more than 2, 400 copies in print.

To repeat, the plethora of references to shipping case studies (a change from a plethora of footnotes in other volumes) is refreshing, and the game plan of the book makes it easy to navigate. It has the strength of a narrative, rather than a collection of essays.

Readers and shipping students (of all levels) will delight in debating his recommendations and conclusions, and that is no bad thing. Long live the spirit of lively opinion and inquiry!

Every institution in the sector already has a weighty library of volumes on shipping theory and practice, and so one must ask, as does Prof Lorange, why do we need yet another book on strategy?

The answer is, as Prof Lorange explains, that a lot has happened in shipping over the last few years – centred on the long-term crisis in most shipping markets, which, coupled with cost increases, especially regarding bunker oil (until relatively recently) have led to significant changes (more efficiency, eco-design, and so on). And the ship financing picture has also changed significantly – the traditional shipping banks do not play as important a role as they did until around 2007. In fact, major providers of loans to many shipping businesses now include China and other Asian sources. That is just the starting point for the considerable road-bumps in the changed landscape!

Readers from most segments of shipping and of finance will enjoy the broad sweep of the argument in Innovations in Shipping, which taken in total can be counted as insightfully interdisciplinary. Senior practitioners in maritime, legal and insurance fields will find much of value; course directors at universities and business schools in a broad range of such areas might look to place Innovations in Shipping at the top of or high up in their reading and study lists.

This work is important because equipping the new generation of leaders in the maritime and related sectors with a full appreciation of how to react to the macro-issues, and the ability to master the minutiae, is the fundamental goal of our Executive MBA in Shipping and Logistics, here at Copenhagen Business School. Believe me this has never been more urgent.

Prof Lorange finds that the door to more advantageous financing might be opened by long-term charters with key customers, at times completed with “sale and lease-back” arrangements, but this depends critically on relationships with those customers.

The starting point for a successful commodity strategy is to understand the turning points in a shipping freight market, so as to be able to implement meaningful in/out and/or long/short strategic decisions, we are told. A more specialised focus on particular business segments – entering into long-term contracts with shippers and typically with special purpose tailored ships – is seen as among the keys here. This might imply a shift in forecasting towards how more specialised ships, often smaller vessels, might become employed, as opposed to primarily ultra-large ships typically used for raw materials import. Among other consequences, that leads to relatively less dependence on the traditional way in which most shipbrokers work. The more predictable cash-flow from such a strategy would allow for a relatively more heavily leveraged financial strategy, says Prof Lorange.

Modern shipping is attempting to become “less fixed assets-intensive, ” Prof Lorange perceives, at a time when ship operators are agonising over how to get closer to emerging and new customers.

He pays particular attention to the attractions of leasing, which links with the challenge on the financial side: how to take advantage of capital from others. In this, we should look at leasing-type financing models ‘à la Seaspan, ’ a reference to a New York-listed independent owner and manager of containerships which charters out tonnage on long-term, fixed-rate time charters.

Seaspan’s strategy is similar to what we find in the aircraft acquisition business, based on long-term lease contracts for such equipment. Seaspan specialises in large boxships, with a fleet of around 80 of them for charter to major container lines, which thereby get access to modern tonnage without tying up their own capital in shipowning.

The author goes on to look at how relevant competences (marketing, finance, technical innovation and so on) will take shape in the future. Integrated, cutting-edge competences would be called for: finance together with technical, marketing, etc. They would no longer be residing in separate departments, but would fit into project teams – a totally new way of working – fewer ‘kingdoms, ’ and more cutting-edge general competences. This means a rethink as he puts it, about “classical shipping-derived competence development; less in-breeding, more ‘we, we, we’ teams!”

There is no getting away though from market timing. More sophisticated forecasting approaches have become available – such as that of Marsoft, which offers portfolio management and risk evaluation services to the ship finance industry.  Marsoft provides what it calls strategic decision support tools for companies – it says its clients “can draw upon our extensive market expertise and gain access to our detailed databases and forward-looking information for your cycle management process.”

Innovations should now be directed towards all size classes of ships, including smaller ships that might become particularly competitive in emerging regional trades. Further, infrastructure innovations may now also be called for, as well as process innovations regarding sales, buyback and hub and spoke work arrangements.

With a nod to archetypes outside the shipping industry, such as the Uber taxi network, Prof Lorange examines how far the maritime sector might go towards becoming “asset-light.”  With the increased pressure on shipping companies to maintain profitability there seems to be a strong drive towards being able to operate ships without actually owning them, he finds, alluding in particular to one of his case studies, Western Bulk.

In this, the 19th book he has authored or edited, Prof Lorange brings strategy down to earth. The book is to be published by Cambridge University Press.

*Irene Rosberg is programme director the Executive MBA in Shipping & Logistics (the Blue MBA), Copenhagen Business School. Since 2001, the Blue MBA, as the programme is familiarlyknown, has graduated 200 executives from 35 countries, and has been praised by many shipping leaders as a key driver for the efficient modernization of the industry.

Cyber security goes under scrutiny in “The Navigator”

BDI gains from Capers, but otherwise markets deep to the abyss