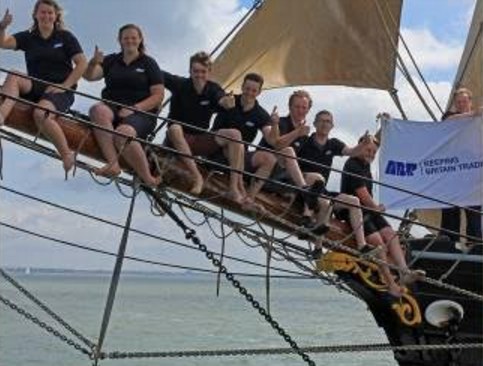 Eight ABP apprentices took on the challenge of a lifetime recently when they participated in the 2016 Apprentice Ship Cup.

The apprentices, who all work for ABP on the Humber in the marine and engineering departments, spent five days aboard the tall ship Bessie Ellen, the last wooden sailing ketch still under sail, travelling from Falmouth to Southampton in a race that sees young people from across the UK and beyond take each other on to be crowned winners.

The event is designed to give apprentices the chance to develop their teamworking and problem-solving skills, as well as their self–confidence, and leadership and communication skills. 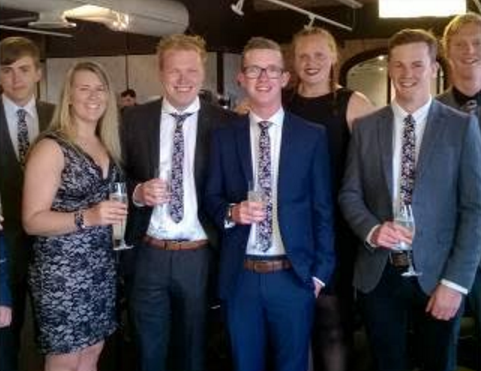 The race ended with a gala dinner and presentation ceremony, at which ABP was named ‘Biggest Promoter’ of this year’s race.

ABP Marine Training Manager Martin Gough said: “The Apprentice Ship Cup provides a fantastic opportunity for these young people and we didn’t hesitate in offering them the chance to take part.

“The experience will undoubtedly benefit both their professional and personal development and will provide memories I’m sure they’ll treasure for many years to come.”

George Davies, ABP Marine Operations Apprentice on his first trip aboard a sail training ship said: “Some challenging weather conditions of strong winds and heavy rain meant we had some exciting sailing and it really brought home the need to work as an effective team.”