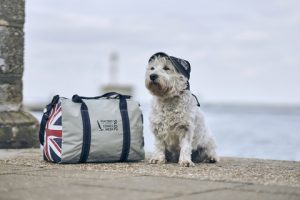 June 2016: MUSTO,  the world’s leading sailing brand,  is proud to announce it has now, for the first time in its history, been named as official clothing supplier to Aberdeen Asset Management Cowes Week, the original British sailing regatta for the next five years.

MUSTO products are tested in the most hostile environments on the planet, to create some of the most innovative kit available today. This year’s Cowes Week range will feature a mixture of technical and lifestyle clothing that allows fans to showcase their support for Cowes Week, both on and off the water.

The brand will be celebrating the event in full force with a multitude of events taking place throughout the week, that showcase the wealth of technology and innovation that only MUSTO, the world’s number one can deliver. Aside from the large pop-up store in Cowes Yacht Haven,  MUSTO will also be providing its customer care centre which offers everything from advice on garment care, to full repairs and kit maintenance for sailors of all levels.

The range includes the famously versatile waterproof BR1 Sardinia jacket,  featuring all the industry leading technology included on the original Sardinia but with beautifully understated Aberdeen Asset Management Cowes Week 2016 branding. In conjunction with the Sardinia,  MUSTO will also be offering a Cowes Week version of its BR1 Corsica, again with waterproof capability but with a sleeveless design offering supreme freedom and comfort in warmer climates. The gilet even features a headphone exit point, allowing the wearer to listen to their favourite tunes when out on the water.

The MUSTO Cowes Week range includes a multitude of the brands’ most popular items such as the Quick Dry Sunblock T-Shirt, Pique Polo and a large array of one-off t-shirts, all featuring limited edition Cowes Week design.

MUSTO is proud to be sponsoring the under 25 trophy. All qualifying competitors have the chance to enter and win the‘Pimp My Ride’ competition with the unique opportunity offering the winning team a prize of up to £2000 worth of branded gear, pre-Cowes Week training with Annie Lush of The Magenta Project and a brand new GoPro camera to capture on the water content, to be featured on MUSTO.com.

COWES Week is a true celebration of the lifestyle and for spectators the brand will be offering the chance to win a trip to Antigua, the sailing capital of the Caribbean, worth £6000. This is a dream trip for anyone in the sailing community and anyone wanting to celebrate the Caribbean sunshine without leaving the UK can do so during the MUSTO takeover of of Pier View bar on Wednesday 10th August, open to all.

Aberdeen Asset Management Cowes Week now stages up to 40 daily races for around 1, 000 boats, making it the largest sailing regatta of its type in the world and MUSTO is proud to provide official merchandise to such a prestigious event in the British sporting calendar.

The Markets amid world turmoil