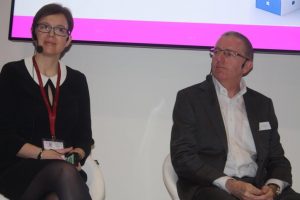 Greece is set to enjoy a surge in new contracts with international tour operators.

Research carried out for the World Travel Market 2016 indicates that the nation will take a good share of the £2.5bn total deals which the fair organisers say will be signed over the three days of the event.

Some 80% of 748 travel industry professionals quizzed who were in talks with Greek tourism interests expected to sign contracts. A similar percentage (out of 592 executives sounding out possibilities) were looking to do business with Turkey, and 78% (of 347 decision-makers in talks) to reach agreements with Egypt, while Tunisia scored well out of 155 people investigating new agreements, at 72%.

The results have elicited some surprise in the case of Turkey, which has suffered a series of terrorism setbacks, and Tunisia, which had two bad incidents involving foreign tourists. The WTM commentary said that Tunisia’s tourism recovery was taking longer to materialise “but there are early signs of a shift in sentiment. While only 8% of the sample are looking to talk to representatives, more than 70% of those are expecting to sign a deal.”

The World Travel Market 2016 Industry Report was based on a poll of 2,044 tourist board representatives and private sector travel industry organisations and buyers; and on questions to 1,145 British holidaymakers.

The report says that tourism industry optimism is high, with two thirds of industry respondents saying that travel and tourism will grow in 2017.

China is poised to be the main beneficiary of this optimism, with 54% of travel firms anticipating an increase in bookings to the country. Other countries which will benefit include India and Cuba. Some 55% of firms expect to do more business with China in 2017.

There was a surprise winner when UK holidaymakers were asked which ‘emerging’ destinations they were interested in visiting. Iceland came top, with 39%, followed by 24% for Cuba, 21% for China and 20% for India.

Iceland is forecast to welcome 2m tourists in 2017, about five times the number it received in 2010. Reasons given for the soaring popularity of the small nation are its success in the Euro 2016 football cup, and increased sightings of the Northern Lights during a peak in solar activity.

Scotland’s first minister, Nicola Sturgeon, in October announced a co-operation agreement between VisitScotland and the Icelandic Tourist Board, following the inauguration of new air routes.

Cuba is seen as being on the cusp of a tourism boom after the US eased its travel restrictions, and the Airbnb accommodation business is setting up there to meet a shortage of hotel rooms . 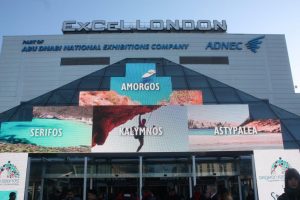 Greece to the fore at ExCel venue for WTM day…

Caroline Bremner, head of travel and tourism research at Euromonitor, said that the market to China was buoyed by an agreement signed in October 2016 between the UK and Chinese governments, allowing more than double the number of flights to operate between the two countries. Links between the countries had already been boosted with new services from Manchester and Gatwick.

Since October, foreign tourists arriving in Shanghai on a cruise have been allowed up to 15 days of visa-free stay. Passengers may remain in Shanghai or travel to Beijing, the northeastern port city of Tianjin, and coastal provinces where ships berth.

Ms Bremner said that Iceland was seeing “too much” tourism demand for the infrastructure, and Doug Lansky, a travel writer, said that people had been in tears because they could not get to see the most popular sights. Harold Goodwin, professor of responsible tourism at Manchester Metropolitan University, said there was every sign that Iceland was beginning to struggle with the numbers. John Strickland of JLS Consultancy said there was a need to get people to visit other than the best known sites. 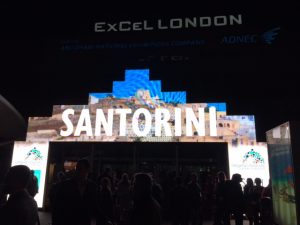 Meanwhile, 47% of tourist industry professional expected Brexit to have a negative effect on their company, 30% saying it would increase prices. In parallel, 47% of holidaymakers were worried about the sterling to euro exchange rate. Forty-two per cent of firms said Brexit would make it harder to recruit staff.

In a topical aside, Mr Lansky warned that if “the orange Muppet” wins the presidency, holidaymakers would be put off going to the US.