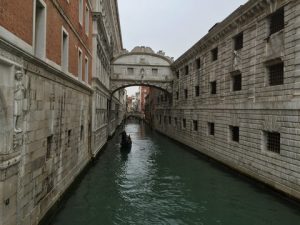 A turning point in European Politics

Background information: Following the June 23rd Brexit vote in the UK and the Republican candidate Donald Trump’s election on 8 November for the post of the 45th US President, political risk is looming in the euro area over the next 12 months. Italy’s referendum on Constitutional reforms and Austria’s repeat presidential elections on 4 December are the first on the political agenda, followed by the general election in the Netherlands in March 2017, presidential election in France (April-May 2017) and federal election in Germany (September-October 2017). Among the most notable euro-area events in the immediate future is Italy’s constitutional referendum on 4 December that could have significant global market implications.

Italy’s Institutional reforms:
The Electoral law reform: Matteo Renzi’s government took office in February 2014 with an ambitious programme of institutional reforms, including the electoral system for the national parliament and the reform concerning the role of the upper house. As far as the electoral law is concerned, the previous rules had failed to produce homogeneous political majorities in the two houses in the 2013 national elections.
Adding to this, in December 2013 the Italian Constitutional Court ruled that several features of the so-called “Porcellum” electoral law that was in place at the time was unconstitutional, leaving Italy with a proportional system for both chambers of the Parliament, as was the case in the 1980s, setting the ground for more political instability. A new electoral law for the Lower House came into force in July 2016 (the so-called “Italicum”), where the single party that wins in the first or second round in general elections obtains a majority premium in the Lower House (340 of the 630 seats, i.e. 54%). If a political party wins a minimum of 40% of the vote in the first round of a general election, there will no longer be a second round vote. Otherwise, the top two parties will compete in a second round. The new system is similar to that in Spain (seats won by a single party would be proportional to the number of votes received), including elements from the French two-round system, designed to reduce the proliferation of small political parties and ensure that the political party receiving the majority of the votes wins an absolute majority in the Lower House, even if it has not
received 51% of the votes at the national level.

The supporters of the new electoral law argue that it will promote government stability, provided that the Senate reform is also approved. Nevertheless, the Constitutional Court should ratify, dismiss or decide to examine the new Lower House electoral law in early 2017. If Italy’s Constitutional Court finally rules against the new law, this would decrease the probability of new immediate elections regardless of the referendum outcome, but it could increase the risk of future political stalemate.