Just opened for business, the Russian National Reinsurance Co will help provide cover for sanctions-hit domestic risks – but aims to run a wider, robust portfolio that will enable it to prosper regardless of that mission.

Business originating from sanctions difficulties will be a modest part of the book of the state-owned company, Nikolay Galushin, president-chairman of its management board has made clear. “I should like to have a company that would not be dependent on the sanctions issue,” he said in answer to a question at a meeting organised by the Insurance Institute of London as part of its Lloyd’s series of lectures.

Sanctions-related business might be a 10% to 15% share of the portfolio. “This would be the maximum,” said Mr Galushin.

His talk at Lloyd’s Old Library, to a packed audience of underwriters, brokers and consultants, was entitled: “Russian National Reinsurance Co: new player on the Russian insurance market.”

Although in competition with foreign companies operating in Russia, the new company sees itself as a “partner.” A government official has forecast it could capture some 30% of the Russian reinsurance market.

The Central Bank of Russia is the 100% shareholder and the company is geared to provide reinsurance to insurers who face international sanctions or whose clients are under such pressure.

A 10% share of all outward reinsurance from Russian insurance companies must by law from January 1 2017 be offered to the Russian National Reinsurance Co (NRC). With the exception of risks bedevilled by sanctions, the NRC has the right to reject an offer from an insurer of whole risks or a share of them.

Historically Russian pure reinsurance companies have played a minor role because of lack of capital. The main domestic reinsurers are Sogaz, Ingosstrakh and a few direct insurance companies. Given the limited capacity, it is feared that some losses could exceed limits. 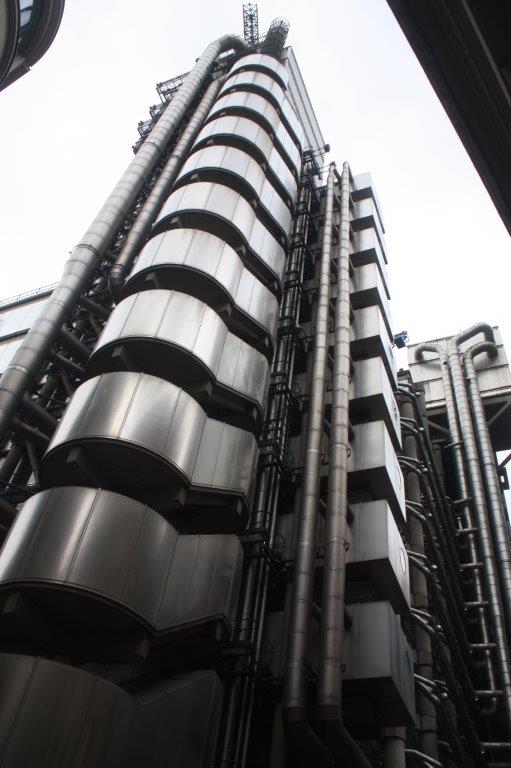 In the early 1990s, several commercial insurers tried to set up a state reinsurer to minimise outward reinsurance premiums, but their efforts failed. When foreign governments targeted companies, individuals and sectors over the Crimea issue, foreign financial corporations including reinsurers were obliged by Washington, London, Brussels and other centres to turn their back on certain business.

Regardless of the question of sanctions, it is now clear that the Russian market needs additional capacity.

Business will be signed only on a retention basis. Net retention level is Rubles1bn to 2.5bn ($17m to $42m) per risk or contract. Mr Galushin forecast that premium written in 2017 would be Rubles7.6bn which would double in 2019.

It is expected that the mandatory 10% cession to the NRC would be effected through participation in the treaty programme of the direct insurer. Much of the book is likely to be property and engineering lines. NRC will also provide 100% reinsurance in natural catastrophe perils for private households – a law to that end will be before the Duma in spring.

Looking ahead, Mr Galushin said that the NRC’s strategy was to diversify its activities by lines of business and territorial scope. It intended to support the Russian market with the implementation of new products.

It would seek to integrate with activity related to the CIS (ex-Soviet bloc countries) and BRICS (an acronym for Brazil, Russia, India, China, South Africa) markets. (Analysts point out that such countries might be less demanding in terms of rating requirements – clearly a presence on some markets will depend on NRC achieving an international rating once audited figures are available).

Mr Galushin said that the company would welcome new shareholders, to a maximum of 10% from each investor. There was a long-range target to launch an initial public offering.

He opened his presentation by referring to the structure of the Russian market, which had consolidated to fewer than 250 insurance companies, a number which the regulator, the Central Bank, was keen to see further reduced.  Premium income for 2015 was Rubles1,000bn, equivalent to around $17bn, excluding compulsory medical insurance. Compulsory motor third party liability was about 20% of the market.

Outward reinsurance in 2015 was Rubles120bn ($2bn), of which Rubles20bn was in the domestic market and the remainder in the international market. 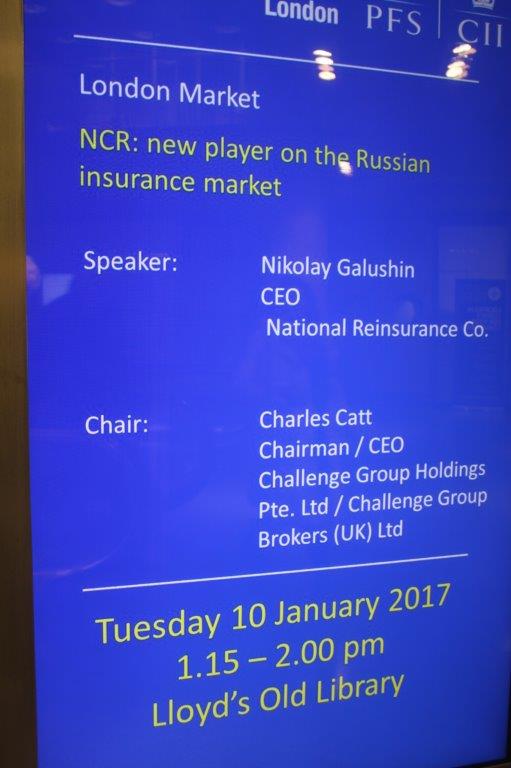 Charles Catt, chief executive of Challenge Group Brokers, who chaired the IIL meeting, forecast that the venture would “certainly” be successful.

Mr Galushin began his career in the Russian insurance industry in 1994 specialising in corporate insurance. He was 17 years at Ingosstrakh, followed by five years at Sogaz as deputy chief executive. He was appointed as president-chairman of the management board of RNRC on July 29 2016.

At a conference in Moscow in April 2016, the deputy director of the financial policy department of the finance ministry, Vera Balakireva was quoted as saying that the new company would have 30% of the Russian reinsurance market. She said that it was important to take into consideration “problems with reinsurance of the new capital-intensive projects and catastrophic risks. At the same time, about 70% of Russian risks are ceded abroad, while less than a third of this amount of money is returned to Russia as claims payments.”

The online news site Xprimm.com at the time said that Russian insurance companies estimated that items which could not be reinsured on foreign markets because of sanctions had an insurance value of Rubles1.35trn. The volume of reinsurance premiums on them was Rubles7.96bn.

In August 2016 Moscow-based Analytical Credit Rating Agency (Acra) said that the establishment of the NRC would increase reinsurance capacity for Russian insurers, prompt changes to fronting programmes and increase transparency of reinsurance transactions, “but will not lead to radical changes in the industry.”

“Acra believes that large companies will retain leading share in obligatory contracts, while the reinsurance premium for the NRC will be formed via reducing the share of other international and Russian reinsurers that are not contract leaders.”

Acra said that insurance of civil liability of air transport owners, business risks, aircraft and property of legal entities in Russia could run into “potential losses so significant that the need for reinsurance would be particularly acute.”

FEMETE supports the Boarding Program of Maritime Cadets in Tenerife