Statement of the President of the Union of Greek Shipowners, Mr. Theodore E. Veniamis 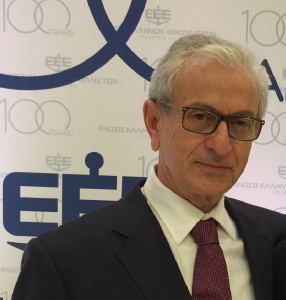 “The recent and unwarranted attack on our country by the German Finance Minister, Mr. Schäuble, and in particular against Greek shipowners has raised questions.

It seems Mr. Schäuble has chosen to ignore the particularly favourable regime enjoyed by German shipping, while attacking the regime of Greek shipping, which, also, amounts to 50% of EU shipping, an achievement that seems to cause annoyance.

At a time when the European Union is called upon to underpin and enhance the competitiveness of its shipping industry against fierce international competition, Mr Schäuble’s criticisms are especially inopportune and unfounded.

The question that also arises is whether, despite favourable arrangements at all levels (shipownership, ship management, natural persons), the inability of the German maritime policy to successfully support its shipping is the motivation behind the Minister’s statement.

If the aim of his statement is to undermine the close ties of Greek shipping with its homeland, then it demonstrates that he does not want to see Greece on a path of growth at last.

For Mr. Schäuble’s information, the Greek shipping community in its entirety responded to the need to enhance the national revenues with its decision four years ago to voluntarily double its annual tonnage tax liability per vessel, even though it historically enjoys constitutional guarantees regarding the level of taxation. This is an initiative that proves the unity and solidarity of the Greek shipping community with its homeland.”

DNV GL and CMIH ink agreement to cooperate in shipbuilding

The demise of General Aviation in Greece