US-Iran Sanctions: Future of the JCPOA? 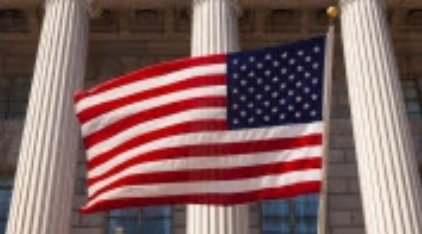 The JCPOA: It’s Still Uncertain What Will Happen, but Here’s What Could Happen

On January 12 of this year, President Trump announced his intention to not renew US sanctions waivers that underpin US participation in the Joint Comprehensive Plan of Action (JCPOA) if that agreement’s “terrible flaws” are not fixed. He also said that if he believes fixing the JCPOA is not within reach, he would withdraw from it.

As most everyone interested in the JCPOA knows, the next date for renewal of waivers is May 12, 2018. Though barely a week away, there is significant uncertainty about what the US might do. Will it refrain from taking action on May 12 in deference to European allies? Will it non-renew JCPOA waivers on and after May 12? Will it “withdraw” from the JCPOA (a step not contemplated in the agreement itself)?

While it remains to be seen what will happen, here are some things that could happen.

If, by May 12, 2018, the president does not renew waivers of sanctions in the National Defense Authorization Act of Fiscal Year 2012 (the NDAA), those sanctions will come back into force. Subject to certain exceptions, the NDAA provides for sanctions against foreign financial institutions (FFIs) that engage in “significant financial transactions” with Iran’s Central Bank. The sanctions apply to FFIs that are central banks only if the financial transactions with Iran’s Central Bank concern oil purchases. Applicable sanctions under the NDAA include prohibiting FFIs from opening accounts in the US or imposing strict limitations on their existing accounts in the US. Thus, an FFI caught by the NDAA sanctions can be denied access to the US financial system and the ability to process USD payments.

If, after non-renewing the NDAA waiver, the president continues to non-renew JCPOA waivers, then:

If, instead, President trump decides to “withdraw” from the JCPOA, and decides that “withdraw” means reinstatement of US sanctions that were in force prior to the negotiations that led to the JCPOA, then the US might:

Alternatively, of course, the Trump Administration may head off in an entirely unexpected direction, which, given President Trump’s track record, might reasonably be expected.

The JCPOA had little impact on US persons, as they continue to be broadly prohibited from involvement in Iran-related transactions. Thus, as nearly all sanctions relief provided by the US under the JCPOA pertained to secondary sanctions – sanctions that apply to non-US persons – the brunt of any renewed sanctions will be felt principally by non-US persons.

3rd Circuit Deals US Government a Blow in...

Deltamarin blog: How long will your ships be...

Am I subject to the FCPA, UK Bribery...

EEXI and CII – A gathering storm?