Yacht Club of Greece: An Epiphany with Apollo’s blessing 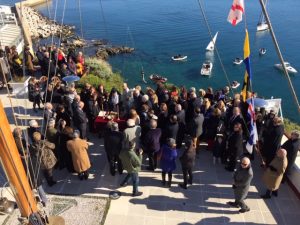 From the ceremony with the Holy Cross ready to be lowered

Yacht Club of Greece: An Epiphany with Apollo’s blessing

Anny Zade and John Faraclas were there with their cameras

This year’s Epiphany at the Holly Rock by the Sea – I mean the Yacht Club of Greece – attracted nearly 370 guests – members and their friends from Greece and quite a few from abroad; it was one of the best attended events of its kind in the last decade!

All in favour of this event – a religious as well as business event, given that after the Epiphany the real Business New Year begins. For a start and despite the “Sofia” bad weather and the coming “Telemachus” conditions which will batter Greece with wintery rain and snow, Apollo the God of the Light was there in full force creating the most favourable weather; what a breakthrough that was! What an Epiphany to remember! 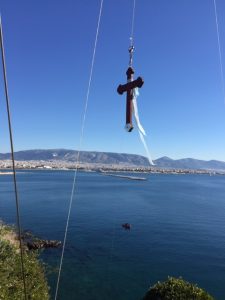 From the club’s premises one of the most prominent and well positioned buildings overlooking the plain of Athens with the tops of Mounts Parnes and Hymettus covered with snow and the mildest Saronic breeze 0 to 1 knot allowing you to have a great view of the entire Faliron Bay; you don’t have to ask for more. The Sun King was there all the time allowing the guests to occupy the balconies  and decks and enjoy these unique views… Mentioning decks, the Yacht Club of Greece building looks like a cruise ship!

As at the same point last year Archimandrite Euseveios officiated the Holy Liturgy, The Blessing of the Waters, with the brave youngsters and a few daring others  jumping into the zero-degrees sea to get the Holy Cross which at each event the officiating priest throws into the sea, river or even lakes and pools… 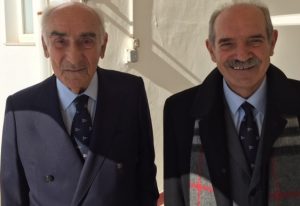 Admiral (Ret.HN) Alexandros Papadogonas, president of the Club – who also served in the past as Minister of Mercantile Marine with the director general of the  YCG Commodore (Ret.HN) Tassos Kavalis

At the lower floor members’ restaurant next to the bar the honorary guests were dining in religious, military and political so to speak style. The Metropolitan of Piraeus and Faleron Serafim, Radm (HN) Michael Dounis  – a former merchant-navy officer too;Radm (HCG) Stamatis Raptis Commandant of the Hellenic Coast Guard, the president of the Union of Centrists Vassilis Leventis and others were among them. Hard luck with the camera…

A smiling – as always Admiral (Ret.HN) Alexandros Papadogonas, president of the club – who also served in the past as Minister of Mercantile Marine, with his wife Nike, his son Dionissis and his family, the director-general Commodore (Ret HN) Tassos Kavalis, George S Andreadis – first vice president of the YCG with his wife Anna, Lisa Evert, Lakis Tziras and many members and their guests participated in the seated buffet lunch with excellent wines and traditional post-Christmas sweets. 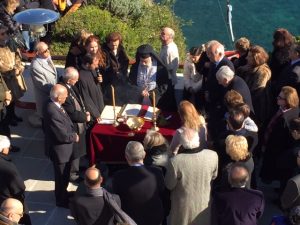 From the divine open air liturgy

Once again it was good to see among others the ever-present Chiot Aspasia Rallis a long standing member of the club and responsible for functions and events, her daughter May Zannis with her young daughter  Amalia– three generations: tradition  at its best! Michael and Miriam Baxevanis – they never miss an event like this, Grigoris Kyritsakis, Poly Gaki, Theodoros Dedes, Vassilis and Smaroula Mastoris, Pantelis and Phenia Voniatis,  Yiannis and Evelina Manios with their son Konstantine, Thanassis, Dora and Konstantine Mamakos, Emmanuela Fr. Depountis, and many many others. 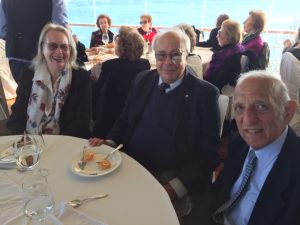 Thodoris Papademitriou  the YCG food and beverage manager and his team presented the best service to entertain us, our compliments to the chef Giorgos Moschovakis – what a beetroot jelly and what a pumkin cheese-pie that was,  and Dimitris Laoutaris was at the piano with Greek traditional and new wave songs as well as an array of international songs from the 60’s and 70’s.

Last but not least we must pay tribute to four losses: Olympic gold medallist sailor Odysseas Eskitzoglou – who together with former king Constantine of the Hellenes, then heir to the throne won in the Rome Olympics the Gold medal in the Dragon Class, veteran sailor Yiannis Yiapalakis, George Haramis who served as secretary general for the club continuously since 2006,  and Nicholas Kampakos an employee at the club whose manners as one of the chief waiters were second to none; great humour and knowledge, Nicholas passed away shortly after last year’s Epiphany event. Bless them all! 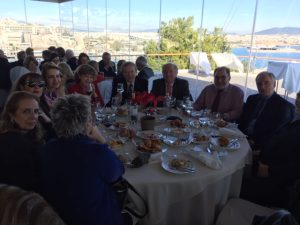 The Yacht Club of Greece is one of the best of its kind on Planet Ocean with many of its members winning medals not only in Greek sailing races and regattas but beyond. It’s also the best place to watch the Posidonia Sailing Races during the biennial Posidonia events.

Last year a record 60 yachts and over 600 crew members were the ingredients of the action-packed Posidonia Cup 2018 sailing race! Ensure you are there on the 29th of May 2020! 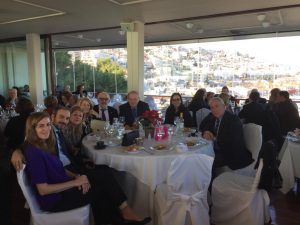 We encourage youngsters to enter these sea-sports and particular sailing as Greece is the country with the best possible prevailing weather conditions for races throughout the year in all its archipelagos and has the tradition of seafarers, sailors and the entire shipping community supporting the sea sports and particularly yachting!

Epiphany takes place all over the world and one great place to attend is the Hellenic Yacht Club in Cairo with the best ever positioned balcony – a very special event of Blessing of the Waters in Cairo! The sacred Nile! 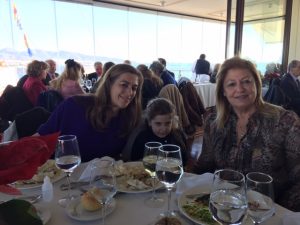 IMCA safety statistics – a new look for the new year