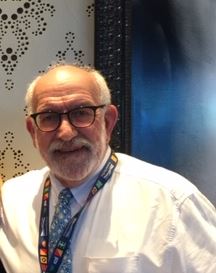 The BDI (Baltic Dry Index) was down two points since yesterday at 672… Geopolitics still in turmoil with the BREXIT saga in a decisive point. John Faraclas’ early evening news:

The Capes’ BCI gained a dozen points after a free fall since January and now reads 104; regaining the 100 points threshold…

Seven plus points for the Panamaxes BPI now at 1,127…

The Wets fall continued; the last published BDTI (Dirties) and BCTI (Cleans) stood at   632 – minus eight  and 709 – minus 25 points respectively .

Geopolitics still perplexed and will revert before midnight in our update with a full report particularly on BREXIT’s latest.

Off to the HESGB Spring Drinks at the Oyster Shed overlooking Father Thames.

The Midnight Update on geopolitics and other events:

Turkey‘s ruling party must face the reality of the Municipal Elections results. In the meantime Turkey must behave in a proper way with all of its neighbours!! Violating Greece’s an European Union’s airspace and territorial waters might backfire…

Greece’s Municipal and European Elections are coming up in May… Let’s see how the Greek people cast their vote… Wonder how confident Alexis Tsipras, the Greek PM is… Can he call a snap election too?

On the BREXIT the talks between the British PM Theresa May and the leader of the opposition Jeremy Corbyn are described as “constructive” but not white smoke… There is more twists and turns to come and now everybody is concerned about the final outcome. Let’s see both parties working groups result. Time is of essence but still logic should prevail at all cost for the benefit of all, here and in Continental Europe, not to mention all over Planet Ocean! Interestingly earlier this evening john Bercow, the Speaker of the House, casted a decisive vote, a No  on a motion for more indicative votes on alternative plans for BREXIT following a tie (Y310 vs N310)… Let’s see how this drama goes ahead now that MPs voted by majority of one vote(!) forcing Mrs May for a Brexit extension to avoid a no deal BREXIT!

At the other side of the Atlantic in the US Congress, Jens Stoltenberg marked NATO’s 70th Anniversary with a unique speech hailing NATO and how same continues to be good for Europe and the USA as a deterrent against Russia which continues to create problems and that we shouldn’t be naïve about Russia!!!

In South America now; Venezuelan opposition leader Juan Guaidó continues to be defiant despite his immunity being lifted and he has called Venezuelans to participate in a  big protest this Sunday under the name “Operación Libertad” (Operation Freedom) – this is how he calls all these protests to oust president Maduro. CAUTION as things might get off hand…

In Malaysia, former PM Razak is on trial for a scandal from which he earned nearly US$ 700 million. Let’s see what really happened with the sovereign wealth fund 1MDB… Did I hear you say Kleptokrasy?

China and Taiwan raise the stakes and the time has come to watch another confrontation which will drug-in nearly everybody. With the North Korean nuclear issues still unresolved the last thing the USA wants is a stand-off between China and Taiwan…   AND Japan is closely watching… So does India…

A few hiccups in Eritrea for a former minister’s daughter who fled the country following a rift with President Isaias Afwerki and sought asylum in Australia. Activists in diaspora held protests to mark her 22nd birthday. Silence / no comments from the government on her where about.. 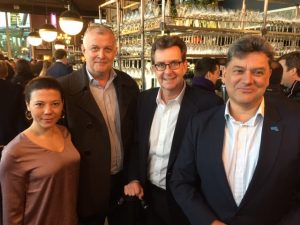 On another tone and note what a splash that was tonight with the Spring drinks of HESGB (Hellenic Engineers Society of Great Britain) at the Oyster Shed at One Angel Lane off Father Thames.

Having defied the sudden hail and the rush hour we managed to make it… And it was worth it, even arriving an hour late…!

Over 80 members and friends enjoyed the drinks and excellent international dips – hot and cold with many new/prospective members turning up as well as many female members; diversity in Shipping at its best! Congrats to Patty Apostolopoulou, Evan Zaranis and Costas Amarantides for organising the event. 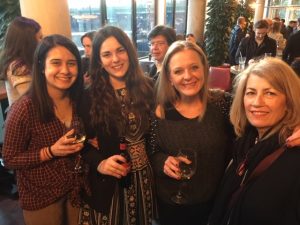 Interesting networking but discussions too on the BREXIT issue, the markets, 2020 and the Easter break, the situation in Europe and in Greece… All in all a great evening with a fantastic post hail and rain sunset and hope we repeat same soon…

We now look forward to the society’s summer BBQ in Ealing; an event not to be missed. The …”Nuts and Bolts” Society continue to make waves! 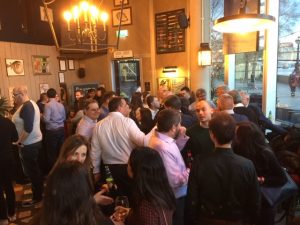 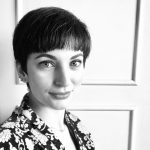 And finally, ink your diary for INTERTWIST !

A Solo Exhibition by mixed media artist Kira Phoenix K’inan. K’inan draws inspiration from the locations she has visited, scientific explorations and the mythologies of old, especially Greek Mythology and translates these two-dimensional drawings into three-dimensional sculptures and multiple-exposure photography. 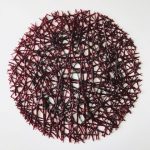 Supported by the Hellenic Centre.

We will revert soon with a special article on this event. Watch this space!

Have a nice evening and  continue to remain on guard from actions emanating from Pirates, Terrorists, Criminals and Business Hooligans whatsoever wherever you are on Planet Ocean.