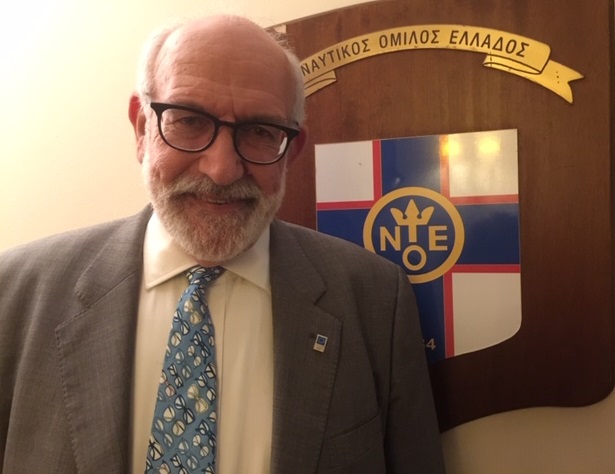 The BDI (Baltic Dry Index) continued its upwards mode and now reads 1,043 – plus 17 points since yesterday. The Geopolitics getting sour and BIMCO makes a splash at the Yacht Club of Greece. John Faraclas’ daily market brief recap:

The Wets still with mixed feelings; the last published BDTI (Dirties) and BCTI (Cleans) stood at 703 – over and above the 700 point threshold with these six points and 510 – minus six points respectively.

The Geopolitical situation remains perplexed with:

The Migrants; Turkey’s “bankruptcy” as well as bullying of all of its neighbours not just because of the energy issues but for a sick policy which already creates havoc in the EU, East Med, the Balkans and the entire Middle East! Ultra-CAUTION should be observed. See today’s morning news too from OMFIF!

Greece next door is being trapped with politicians’ populism given the European and Municipal elections… Imagine a sudden GREXIT given that in reality nothing much has changed in Greece despite the current governments announcements and the opposition’s promises… Enough the Greek people have been strangulated by German led Brussels!!

The Balkans are close to a yet another messy situation; the scene is still not clear…

The EU with the forthcoming elections in tatters….

The USA’s trade war with China raises the stakes and continues to make the world of business and shipping in particular feeling unease. President Trump will escalate – and rightly so this Trade War until the Chinese realise that they create a mess in the Global economy with their prices…

Remember also that the Global Debt is US$ 250 trillion!!

North Korea too must come down and end the escalation with any sort of missiles test as this will receive the counter / wrath of the USA!

Japan is closely watching… and ready to counter to any threat in the entire Pacific region that will harm the Japanese interests. 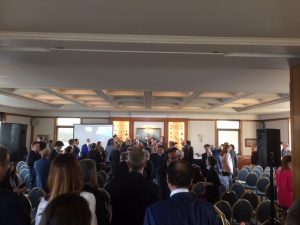 BIMCO’s AGM is over – a full house!

On another tone and note the BIMCO AGM and Market debate at the Yacht Club of Greece was an oversubscribed event.

The change of …guard with Ms Şadan Kaptanoğlu, owner of Kaptanoglu Shipping, who is nominated to take over the BIMCO presidency from Mr Anastasios Papagiannopoulos, BIMCO President and Principal of Common Progress was a very touching moment… Worth noting that Şadan Kaptanoğlu is the first female president of BIMCO and that Sabrina S.M. Chao chairman of Wah Kwong was elected as the President Designate following the AGM deliberations… WISTA International Despina Panayiotou-Theodossiou as well as WISTA-Hellas President Angie Hartmann, WISTA Turkey President Nazlı Atakişi Selekt and other WISTAs attended the meeting. 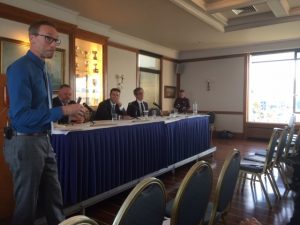 A good and timely also Greek – Turkish affair, an example to be followed in politics and geopolitics too. I still maintain the view that Shipping – coupled with Maritime Tourism is the only means to create peace between the two archenemies and avoid an all-out war which is building up.

A great number of Turkish shipping people were amongst the 300 plus strong international audience earlier on tonight in a more than true and friendly cooperation and business co-existence! Bravo! Congrats! 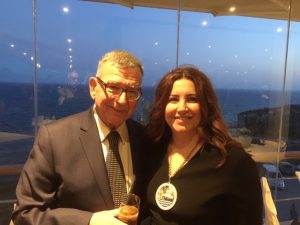 The Power Panel on the shipping market outlook was good to hear and well moderated by Peter Sand but unfortunately at the reception it was more networking and meeting old friends and making new ones but no way to ask questions. The three speakers did their utmost best but honestly I cannot share their optimism and position given that the BDI is 1,204 points below that as of the end of 2013. That’s the harsh reality.  Same applies for the Wets, BDT and BCTI. LNG is another story / anecdote so to speak and the 2020 etc etc will create more mess. All three – Mark Williams, founder and MD of Shipping Strategy Ltd., Burak Cetinok, head of Research at Arrow Research Ltd, and Andrian Economakis (VesselsValue), well know shipping analysts and brokers so to speak had to promote their views but again the harsh reality, with all due respect to their statements and counter replies to Peter Sand’s questions, didn’t convince me an iota. 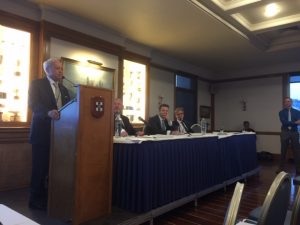 Again as mentioned above we are 1,204 points below the end of December 2013 BDI (it stood at 2,247) and  the World Debt at US$ 250 trillion, plus an Economic War between the USA and China, not to mention a very bad Geopolitical environment… Let’s see how the gurus and analysts proceed with their predictions and lets challenge them as they have spectacularly failed to give the proper advise in 2004, 2005 and 2006!!

Time will tell about their current projections. 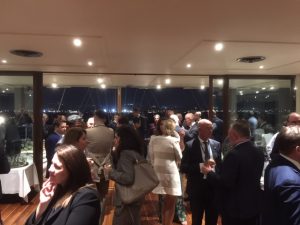 I can bet with all if the BDI goes over and above the 4,000 point mark… All is possible only after a military confrontation, end of the story. The product of the Second World War was the long period time charters of the 50’s, 60’s and 70’s to rebuild Planet Ocean. Now we also have a new Russia, a new China, a new Europe will soon emerge as the EU failed – fails day by day to create wealth and protect its citizens from the Chinese intrusion with low prices. The pattern of Shipping changes…. It is becoming Shipping for the very very few!! 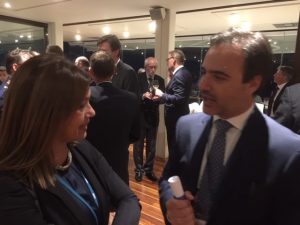 Anyway; now please note that  the reception that followed was fantastic – excellent dips, Greek meze and wines, with the Saronic Gulf’s sea breeze created a memorable evening which will be remembered as one of the best BIMCO events.

Good to see BIMCO’s Grant Hunter too as well as many from the Square Mile and Akti Miouli – mainly legal people!

Wish you all have a nice evening and remain on guard from actions emanating by Pirates, Terrorists, Criminals  and Business Hooligans whatsoever wherever you are on Planet Ocean!