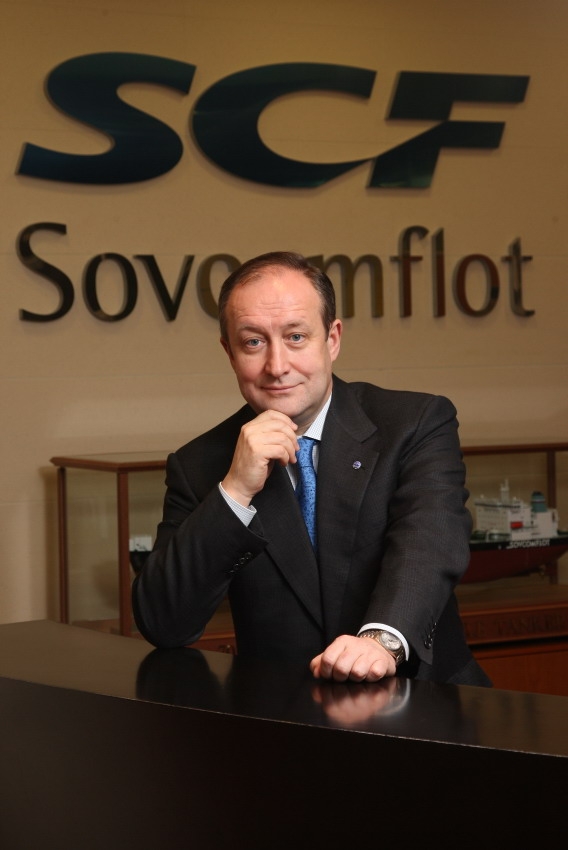 PAO Sovcomflot (SCF Group), a world leader in energy shipping and offshore services to the oil and gas industry, today reported its results for the first quarter (Q1) ended 31 March 2019.

A copy of the Q1 2019 accounts, for the period ended 31 March 2019, is available in the Investor section of the Group’s website: www.scf-group.com

•    Korolev Prospect and Vernadsky Prospect delivered – the fourth and fifth vessels in a pioneering ‘Green Funnel’ series of six LNG-fuelled 114,000 DWT Aframax tankers ordered by Sovcomflot. Compliant with new international conventions on emission controls, applicable from 2020, the tankers also conform fully with environmental and safety standards for ships operating in ECA-controlled areas (including the Baltic and North Sea basins)

•    In March, the Group celebrated the 10th anniversary of the start of LNG shipments from the Sakhalin-2 project. Over the past decade, Grand Anivaand her sister ship Grand Elena have successfully completed over 300 voyages, delivering some 43.5 million cubic metres of LNG to Asian customers

•    Sovcomflot received the annual Marine Money ‘Deal of the Year’ award, in the category Green Ship Finance – West. The publication recognised Sovcomflot’s USD 252M seven-year credit agreement, with a consortium of foreign banks, to finance the construction of a series of the world’s first large-capacity LNG-fuelled tankers.

“Sovcomflot started 2019 with a strong Q1 performance, boosted by a return to profitability in our conventional crude and product tanker markets following an upswing in the first months of 2019. Profits from our Crude fleet, in particular, increased 53 per cent year-on-year compared to Q1 2018.

“Although spot market rates for conventional tankers have yet to reach their historic averages, they have come off the low levels witnessed in the  2017-Q3 2018 period and, whilst we remain cautious for Q2 2019, we believe that a sustainable market recovery in the conventional tanker markets appears likely towards the end of 2019 and through 2020.

“Despite cautious optimism about conventional tankers, it is our industrial fleet working in the Offshore and Gas sectors where Sovcomflot specialises in delivering safety-focused operations, with high quality assets, under long-term contracts that remains central to Group strategy going forward.  We have a number of such projects delivering in the next two years, and a pipeline of opportunities that we are looking to develop over the next five year window that will further increase Sovcomflot’s participation in these core strategic sectors.”

“During the quarter, we witnessed several landmark events in the history of the development of remarkable Russian Oil & Gas projects, in which Sovcomflot participated directly, including the 10th anniversary of LNG shipments from the Sakhalin-2 project, using SCF’s two LNGC’s Grand Aniva and Grand Elena to export natural gas to Asian markets. We also saw the 10th million tonne of crude oil loaded on SCF’s ice-breaking shuttle tankers serving the Prirazlomnoye project, operated by Gazprom Neft. The willingness of key customers to employ SCF vessels for extended periods of time is the best proof of SCF’s highest level of reliability as a business partner and an ocean carrier of hydrocarbons.”

“During the period, the Group took further steps to reduce its environmental footprint by increasing the use of LNG as primary fuel on two more Aframax tankers. The move represents a significant commitment by the Group to improve the environmental profile of oil transportation and is part of our ‘Green Funnel’ project developed in collaboration with Shell. Our track record of innovation was duly recognised by an award to our IBSV Yevgeny Primakovwith her unique specifications as ‘Offshore Support Vessel of the Year’.

“With a stable balance sheet and positive cash-flow during the first quarter, supported by good earnings visibility, Sovcomflot is well positioned to continue with the implementation of its strategy and fulfilling the evolving needs of our clients. Sovcomflot’s contracted capex is fully funded, and the company maintains access to international and domestic sources of long-term capital.”