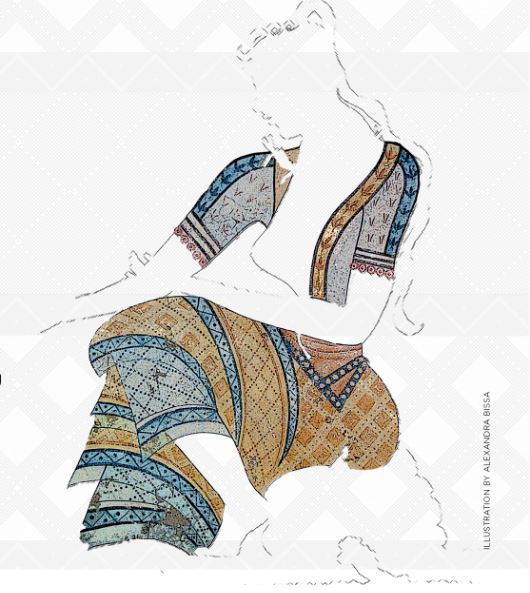 Distinguished academics and designers from Europe come together at the Museum of London to showcase the everlasting influence of the Minoan culture at the global contemporary creation scene (fashion, gastronomy, music, art).

This high-level cultural event “Contemporary Minoans|Cretan culture, source of inspiration” is organised at the initiative of Cultural Organisation Branding Heritage (BH) with the support of the Region of Crete and the Greek National Tourism Organisation UK & Ireland, on Tuesday 5 November 2019 (12:30 pm) at the Museum of London (150 London Wall, London EC2Y 5HN map).

The event is dedicated to the internationally renowned Greek designer Sophia Kokosalaki who passed away unexpectedly, with a tribute delivered by Harriet QUICK (Journalist, Contributing Editor, Vogue UK). Sophia Kokosalaki was honoured by Branding Heritage and the Region of Crete (May 2018) for her valuable contribution to the promotion of the Greek heritage and Minoan culture at the world fashion scene. The honorary distinction was held at the Heraklion Archaeological Museum, as part of the successful cultural events Contemporary Minoans and Cooking like Minoans, at presence of HRH Prince Charles of Wales (more information available here).

Honorary Guest: Claude Picasso | Head of Picasso Administration, the son of the famous painter accepted the invitation of Branding Heritage and the Region of Crete to be the key note speaker at the event, as part of Picasso’s work is directly linked to the Minotaur Myth.

From the innovative dances of Sergei Diaghilev (Ballets Russes) to Ted Shaw, from William Blake’s Minotaur to Pablo Picasso’s ground-breaking artworks inspired by the Labyrinth’s mythical creature and from Mariano Fortuny’s celebrated Κnossos scarf to Karl Lagerfeld and Sophia Kokosalaki, the Minoans, Europe’s earliest advanced civilisation, continue to capture the imagination of archaeologists and artists alike.

The London event will be featuring an exhibition of inspired works of art with Minoan references by European artists. Soon, the entire collection will be available at the 1st Branding Heritage Contemporary Minoans Cultural Center in Crete. The event will also be accompanied by live workshops reproducing ancient techniques (weaving / loom) presented at the Museum.

The event is held under the auspices of the Ministries of Culture, Tourism and the Embassy of Greece to the United Kingdom with their representatives delivering opening addresses at the event.

Branding Heritage also embarks on a journey to bring youth closer to their precious cultural roots. Connecting past, present and future, BH Kids revives ancient arts and techniques in collaboration with craftspeople, artisans, weavers and creators, in an effort to encourage younger audience and lead them to discover and experience hands-on their cultural heritage. BH Kids also aims to establish synergies with schools, colleges and universities, connecting culture with entrepreneurship and opening up new career paths for students. 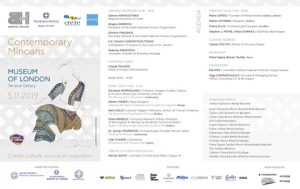 New Research Reveals What it Takes to Create...