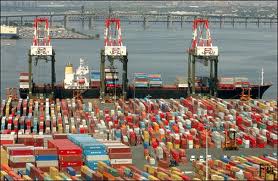 As football fans around the region gear up for Sunday’s Super Bowl XLVI in Indianapolis, the Port Authority and its private partners today announced a total of $70 million in private sector investments to Newark Liberty International Airport in anticipation of the big game hosted locally in two years. These investments are expected create over 540 jobs and $30 million in wages.

The most recent investment was made by United Airlines, which accepted a new 25-year lease on a three-acre parcel of land to develop a new wide-body aircraft maintenance hangar. United Airlines committed to invest at least $25 million in the hangar. This project is expected to result in 210 jobs, $12 million in wages and $52 million in economic activity over the life of the project.

In addition, Signature Flight Support Corp., which provides private flight service at Newark Liberty, agreed to invest $11 million before the 2014 Super Bowl for a new passenger terminal and ramp renovations. These two projects are estimated to result in 80 jobs, $4 million in wages and $19.5 million in economic activity over the projects life.

And Host Hotels & Resorts, owner of the Newark Liberty International Airport Marriott, announced, alongside Lt. Governor Guadagno, in 2011 that they were committed to capacity and infrastructure improvements, that includes $34 million before the Super Bowl in 2014. As a part of the deal, the Port Authority agreed to extend the hotel’s lease for 40 years. The improvements are expected to create 250 jobs, $14 million in wages, and $60 million in economic activity over the life of the project.

“The commitment these companies have made to New Jersey is just more evidence that our efforts to attract, retain and grow jobs in New Jersey is working, ” said Lt. Governor Guadagno. “And today’s announcement highlights that by working together, the public and private sectors can help generate jobs and opportunity for our state’s workforce.”
“The investments we are making will ensure that our region remains vibrant and competitive. This is consistent with the Christie Administration’s goals of job creation and competiveness in New Jersey and the Port Authority’s mission as an engine for growth, ” said Port Authority Chairman David Samson.
“Construction of this new widebody hangar underscores United’s commitment to the City of Newark, the state of New Jersey, and the region, ” said Jim Keenan, senior vice president of United Technical Operations. “As one of New Jersey’s largest employers and the New York area’s largest airline, we are committed to being an active, engaged partner as we connect this region to the world.”

“Signature Flight Support’s new facility at Newark Liberty International Airport will be a crown jewel, a LEED certified, state of the art, modern facility that will welcome passengers from around the globe. Signature Newark will create jobs and a long-term, positive economic impact to New Jersey and the greater New York Metro area. We look forward to welcoming fans to Newark for the 2014 Super Bowl at the new Meadowlands stadium, ” stated Maria Sastre, Chief Operating Officer for Signature Flight Support.

An improved treaty but more needed on growth

New South America service for the Port of Hamburg