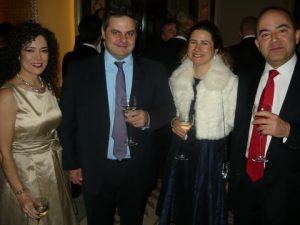 Christina and Takis N. Pappas with Nike and Chris Leontopoulos from ABS Piraeus

Engineering business: That was simply the message of the 17th Anniversary dinner and dance of the Hellenic Engineers Society of Great Britain* at the renowned Dorchester Hotel in the heart of London’s Mayfair district last Saturday night. Lilian Evgenides reports:

The event attracted over 450 guests from over 30 countries around the world including fifty plus companies and organisations proving that the industry, despite the hick-ups from the world’s ever worsening economic crisis, is doing its best and deserves support to arrive safely to its destination! This is a continuous success as half of the guests travelled from overseas destinations, proving their support to the society, their fraternity as engineers and to the sponsors who did everything for entertaining us at this wonderful event. A new participant and sponsor for the first time was ClassNK, one of the world’s leading Classification Societies, well done! 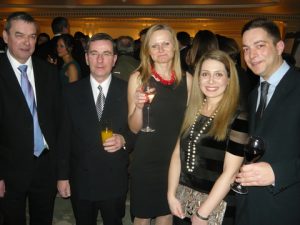 Despite the worsening weather conditions most of the guests made it on time to the drinks reception at the Gold, Silver and Crush Room – that was… the “starter” for the newcomers to witness networking at its best and for the society’s faithful to meet their old acquaintances!

After this extended drinks reception the guests entered the main Ball Room for dinner which was meticulous organised – as if onboard the best cruise-liner, “accompanied” by Diastellos’ band music: prawn tempura with an Asian Salad and Wasabi mayo, followed by new forest mushroom soup to open everybody’s appetite! 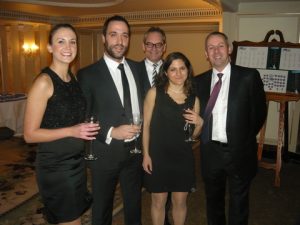 Then come the main course, a splendid roasted corn-fed chicken with traditional green peas and broad bean risotto – a superb combination. Lemon verbena crème brulee with raspberry sorbet complimented the super followed by coffee and petit-furs. Lovely wines created the right atmosphere, a remedy much needed these days, without ignoring what’s happening, but to recharge and tackle the situation towards the most optimum solution, much needed to avoid rocking the boat!

Then come the Lykeion ton Hellinidon performing traditional greek dances including two new ones from Chios, one of the world’s traditional and powerful maritime centres – congrats goes to their president Pege Skinitis and her devoted team supervised by Anita. 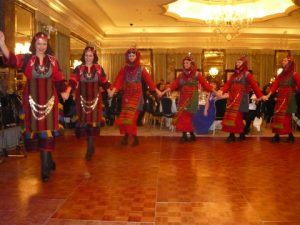 In his speech the President Dimitris Monioudis thanked all those who made the event possible, stressed the situation of the world’s economy and how same affects the industry, the involvement of the London Greeks, encouraged the cooperation of members, the creation of business and furthering the scope of the society of Hellenic Engineers. A touching point was the reference to the third generation participating in the event naming young  Nicholas Kydoniefs, as well as his daughter Ariana for her first ever participation in the event. Surely we have to add one more detail: the fact that the youngsters had tables allocated next to the stag so as to be seen; that’s a major plus, an excellent idea! 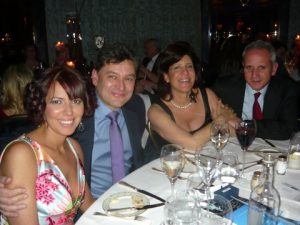 The president of HESGB flanked by his wife Camila on the left, Ifigenia Tsitouri on the right and Dimitris Theodorou general manager of Svitzer in Athens.

The raffle draw had unique prizes; from the traditional Majestic’s 7 day cruise for two on board the “Ocean Countess”, to the thirty-minutes flight of fancy….extravaganza on a Cirrus S22 over Athens and the Saronic Gulf donated by the Hellenic Aero Club!

And finally don’t forget your tooth-brash …err don’t forget to complete your feedback-form (for those who didn’t), enabling the governing committee of the Society to further improve the event. 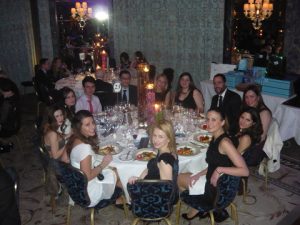 Table 23 with the new generation at centre stage!

I wonder how many took the carriage back home following the snow-fall which nearly brought the entire south-east of England to a standstill!

HESGB* :The idea to form a Club had been regularly mulled over since the early 1980’s, but it was not until the summer of 1995, that a group of Greek Engineer friends, based in the UK and predominantly Graduates from Newcastle and Sunderland, conclusively decided to form a  “Club of Greek Engineers”  with its main goal to maintain social contact amongst its widely spread membership.  Later that year, the first General Assembly was held, at which time, the official name of  “Hellenic Engineers Society of Great Britain”  was endorsed, the Society’s statutes were formulated and the first Governing Committee was elected. From inception, the aim of the Society has been to nurture and promote professional and social contact amongst its members and particularly younger members, newly positioned within the shipping industry.  This is achieved by holding informal gatherings, providing a forum for exchanging views on technical matters and by organising numerous social and cultural events. The Society started off with around eighty Founding Members and since then has increased in membership year on year, firmly establishing its presence within the UK maritime industry.  In fact, just as Greek shipping history goes back over 4, 000 years, we are proud to report that our Society’s membership has a collective experience within the industry exceeding 4, 000 years. At the same time, we have also been privileged to welcome into our ranks a number of non-Engineer Associate Members, who have wished to actively participate and support our Society’s functions and thus broadening our influence even further. 2009 was truly memorable in our Society’s brief history.  Our new logo was introduced to critical acclaim, based on the trireme , the ancient Greek warship which was fast, agile and state of the art, all attributes we wish to emulate three millennia later.  Our website was also revamped and relaunched bringing our members even closer together.  Finally, our very first event outside the UK borders, was held in Athens in November in conjunction with Newcastle University. This new decade sees both the wider industry and the Society facing new challenges and looking forward to achieving new successes.  Global financial volatility, environmental concerns and the threat to security, affect all of us both collectively and as individuals.  The President mentions also that he is confident that the new Governing Committee, to be elected in the next few months, will be more than able to meet such issues, drawing on a mixture of experience and innovation reflecting our Society’s broader membership.

(above is from the HESGB site) 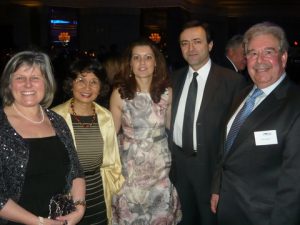 Some more pictures lost on www….. 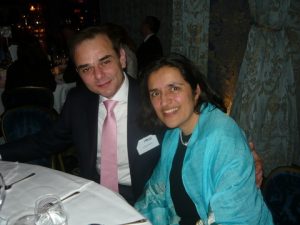 Vassilis Zarifis from Zarifis Consulting Ltd with his wife Anthea. 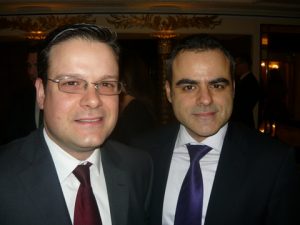