Intermanager President to chair Save our Seafarers 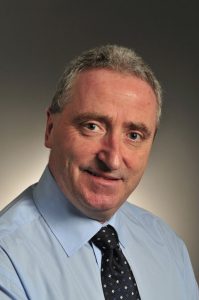 Alastair Evitt*, President of InterManager and Managing Director of Meridian Marine Management Ltd, has been appointed chairman of the Save Our Seafarers campaign. Mr Evitt, who was previously SOS vice chairman, succeeds Giles Heimann who is stepping down to concentrate on his role as Secretary General of the International Maritime Employers’ Committee Ltd Save Our Seafarers (SOS) was launched in March 2011.

It is calling for unified action to raise awareness of the human and economic cost of Somali piracy, and for greater political will to be shown by governments in their actions on this critical issue.  The internationally important campaign has gained support across more than 190 countries worldwide. Through its internationally-recognised website, SOS provides up to date information and resources which highlight the effect of international pirate activity on the shipping industry, particularly the world’s seafarers who risk robbery, captivity and even death. SOS has produced a short video highlighting the human and economic cost of Somali piracy.

The six-minute video highlights the significant threat of Somali piracy attacks for the worldwide seafarer community and potentially for world trade itself. The video can be viewed by the following direct link:  http://youtube/xgq71beY9Jc

Alastair Evitt, a former Master Mariner, has spent 36 years in the marine industry, including 15 years at sea before coming ashore to work in Ship Management in 1990. He has occupied senior management roles in Cyprus and Singapore for a large third party ship manager before returning to the UK to take up his present position as Managing Director of Liverpool based Meridian Marine Management.

Alastair was elected President of InterManager in November 2010. As President, Alastair has worked hard on behalf of the association’s membership to raise the profile of the ship management industry and taken a central role in a number of industry campaigns, including the Save our Seafarers steering committee, which he was elected chairman of in March 2012. He is also a Fellow of the Nautical Institute and Vice Chairman of the NW Branch, he has previously served on the committees of both the Cyprus Shipping Council and the Singapore Shipping Association. He was appointed as a Councillor to the Singapore Shipping Association in 2003.

* Alastair Evitt just attended the CMA event in Connecticut, USA, where he was a speaker and panellist.

Is piracy an off-hire event?

Ship Recycling – will the burden be shared equitably?