Is piracy an off-hire event? 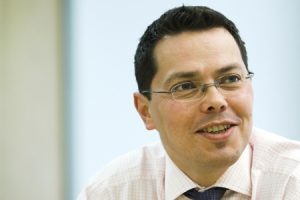 Following last year’s reported case of the Saldanha, which finally gave the industry judicial authority on the question of whether a hijacking by pirates constituted an off-hire event under the wording of clause 15 of the standard form NYPE46 time charterparty, the question of whether a vessel is off-hire during a hijacking by pirates has come before the Commercial Court once again.

The Saldanha ([2011] 1 Lloyd’s Rep 187) is well known for establishing that detention by pirates is not an off-hire event within the meaning of clause 15 of the NYPE46 form of time charterparty. However, the judge in that case also considered an additional, bespoke clause in the charterparty between the owners and charterers in that case which read as follows:

Should the Vessel be seized, arrested, requisitioned or detained during the currency of this Charter Party by any authority or at the suit of any person having or purporting to have a claim against or any interest in the Vessel, the Charterers’ liability to pay hire shall cease immediately from the time of her seizure, arrest, requisition or detention and all time so lost shall be treated as off-hire until the time of her release

The judge in the case said that clause 40 “plainly…did not extend to cover seizure by pirates”. In the event, the charterers failed to bring themselves within any of the exceptions to hire in the charterparty, and hire was accordingly payable during the entire period of the vessel’s detention by Somali pirates.

The judge also went on to say that “should the parties be minded to treat seizures by pirates as an off-hire event under a time charterparty, they can do so straightforwardly and most obviously by way of an express provision in a “seizures” or “detention” clause”.

A case in which an additional, bespoke clause had precisely that effect has now been decided in favour of charterers by the Commercial Court, on a wording very similar to clause 40 in the Saldanha charterparty, but different in significant respects.

In the Captain Stefanos ([2012] EWHC 571 (Comm)), the charterparty contained the following clause:

Should the vessel put back whilst on voyage by reason of any accident or breakdown, or in the event of loss of time either in port or at sea or deviation upon the course of the voyage caused by sickness of or accident to the crew or any person onboard the vessel (other than supercargo travelling by request of the Charterers) or by reason of the refusal of the Master or crew to perform their duties, or oil pollution even if alleged, or capture/seizure, or detention or threatened detention by any authority including arrest, the hire shall be suspended from the time of the inefficiency until the vessel is again efficient in the same or equidistant position in Charterers’ option, and voyage resumed therefrom. All extra directly related expenses incurred including bunkers consumed during period of suspended hire shall be for Owners’ account. [emphasis added]

In this case, it was contended by owners that any “capture/ seizure” had to be by an authority, whereas charterers argued that capture/seizure was an off-hire event distinct and separate from “detention or threatened detention by any authority” and that acts of piracy clearly fell within the meaning of “capture/seizure”.

As a matter of contractual construction, owners argued that charterers’ interpretation of clause 56 could not be right, as the provision had to be read in the context of the charterparty as a whole, and that taking into account inter alia the provisions of CONWARTIME 2004 (which were incorporated), the charterparty allocated the risk of piracy to charterers.

Owners relied in particular on sub-clauses (f) and (h) of CONWARTIME, which read in relevant part as follows:

(f) The Vessel shall have liberty:

(i) To comply with all orders, directions, recommendations or advice as to departure, arrival, routes, sailing in convoy, ports of call, stoppages, destinations, discharge of cargo, delivery, or in any way whatsoever, which are given by the Government of the Nation under whose flag the vessel sails, or other Government to whose laws the Owners are subject, or any other Government, body or group whatsoever acting with the power to compel compliance with their orders or directions…

(h) If in compliance with any of the provisions of sub-clauses (b) to (g) of this Clause anything is done or not done, such shall not be deemed a deviation, but shall be considered as due fulfilment of this Charter Party

In support of their interpretation of CONWARTIME and its relevance to the off-hire regime in the charterparty, owners pointed to paragraph 37.115 of Wilford on Time Charters, which states:

One effect of clause [(h)] of the present form [of CONWARTIME] is that hire will be payable, and the ship will not be off-hire, so long as the Owners are acting in accordance with any of sub-clauses [(b) (c) (f) or (g)].

Charterers, on the other hand, submitted that the words used in clause 56 should be given their plain and ordinary meanings, which were clear. Moreover, owners’ invocation of CONWARTIME as a risk allocation mechanism was misplaced, as CONWARTIME and the “liberty” provisions contained within sub-clause (f) were distinct and unrelated to the off-hire provisions within the charterparty. The relevant passage in Wilford, insofar as it suggested that CONWARTIME 2004 sub-clause (h) could have the effect contended for by owners in circumstances where an express off-hire provision in the charterparty clearly provided for certain events to be off-hire, then Wilford was, in this case, incorrect.

The judge found in favour of charterers, and held that clause 56 should be construed in accordance with the “plain and obvious meaning of the words used in the clause”. Piracy was indeed an off-hire event, being a “capture/seizure” within the meaning of clause 56, as the relevant capture/seizure was not required to be by “an authority”. The judge based his construction of the clause on “the whole language of the clause, its grammatical form, and the usage of the word “or” throughout it, in a purposeful manner.”

The judge also said that if the parties had wished “capture/seizure” to be qualified by the words “by any authority”, then it was “inconceivable” that they would have worded the clause in the way it appeared in the charterparty.

Moreover, the judge held that CONWARTIME related to the performance of the charterparty and to breach, not to off-hire, stating, “The CONWARTIME Clause does not deal with hire and off-hire, but allocates risks for additional costs if the Vessel goes to a War Zone (if the Owners agree) or provides for the Owners’ right to refuse to go and liberty to take various steps in the circumstances referred to.”

In light of the judge’s decision, it also now seems clear that the proposition made by Wilford at paragraph 37.115 is incorrect.

There has been no previous authority on this point, so the case may therefore be set alongside the recent judgment of the Commercial Court in the Triton Lark ([2012] 1 Lloyd’s Rep 151) as an aid to construction of CONWARTIME 2004. In the Triton Lark the Court considered the test which owners/masters have to meet when forming a “reasonable judgement” as to whether a vessel “may be, or [is] likely to be, exposed to War Risks” (sub-clause (b) of CONWARTIME 2004).

In conclusion, the cases clearly show that it is open to the parties to allocate the risk of piratical events by means of express clauses to that effect in their charterparties. However, the wording of such clauses need to be clear to avoid disputes. There is now authority that wording such as that used in clause 56 of the Captain Stefanos charterparty is sufficiently clear to have the effect of allocating the risk of piracy to owners.

Andrew Preston and Dolly Brown of Clyde & Co LLP had the conduct of the case on behalf of the successful charterers.

John Russell of Quadrant Chambers as counsel for charterers.

Intermanager President to chair Save our Seafarers