Top Posts
Hot Port News from GAC
MarISOT
Don’t take chances where your health is concerned…
Stage is set for final Medal Races at...
Union fury as Scottish Government charter union busting...
US and EU need one another, G7 finds...
Transport Infrastructure Financing course – 20-24 September 2021...
Exceptional Dry Market surge amid enigmatic Geopolitics and...
Landmark Marine film unveiled as the global spotlight...
Thermo King Announces Development of a Bachelor of...
Hot Port News from GAC
Dutch Olympians remain in control at the Hempel...
We’re Half Way There! Will You Join Our...
Home Marine InsuranceP and I Clubs ITIC continues to reward loyalty with renewal credit payments to members
P and I Clubs

24 September, 2012  – FOR the seventeenth year in succession, International Transport Intermediaries Club (ITIC) has paid a renewal credit to its members. For the year ended 31 May, 2012, members received a total of $5.2m. In the past seventeen years, ITIC has returned more than $67.3m to members in credits. 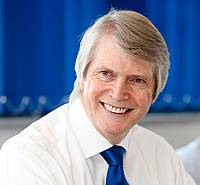 ITIC Chairman Peter French says, “One of the unique strengths of a mutual is the absence of shareholders, allowing its members to benefit from any financial surplus.  Solvency II, the new regulatory regime with which all insurers within the EU will have to comply by 1 January, 2014, will have an impact on the future capital requirements of the business.  This will necessitate our maintaining strong reserves not only to ensure compliance, but also to sustain continuity credits at renewals in the future.”

From 1 June 2012, ITIC has reduced the level of the continuity credit for renewing members to either 2.5 per cent or 5.0 per cent of their expiring premium. This reflects both the tougher investment environment and the challenging claims market, whilst also preserving the strength of its reserves. ITIC’s combined reserves, at $78.4m, continue to remain comfortably higher than current and anticipated future regulatory requirements.

Professional indemnity insurers tend to see a sharp increase in both the number and the value of claims during an economic downturn and ITIC is experiencing claims inflation of ten per cent each year. French says, “It is often easier for a client to sue or counter-sue its service provider than to settle an invoice or a claim. Claims increased significantly in 2009, levelled off a little in 2010 and initially showed an increase again in 2011. However, there are now signs that this higher claims activity may be starting to reduce.”

At renewal, ITIC introduced special deductibles for those types of claims that occur most frequently, such as demurrage claims for ship brokers, refrigerated cargo claims for ship agents and legal costs in US litigation for ship managers.  In this way, the club has increased its premium income while continuing to retain approximately 95 per cent of its members at renewal each year.

ITIC emphasises that this is an excellent result in the prevailing economic climate.