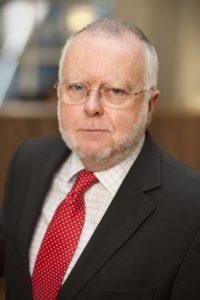 The International Chamber of Shipping (ICS) is calling upon EU maritime administrations to ensure that they are ready to issue passenger ships with the required insurance certificates in order that ships can comply with the EU Passenger Liability Regulation (PLR).

If the necessary certificates are not issued as required, by 31 December, then cruise ships and passenger ferries, including non-EU vessels, may be unable to trade within EU waters.

ICS Secretary General, Peter Hinchliffe explained: “In close co-operation with the International Group of P&I Clubs, passenger ship operators have gone to great lengths to ensure that they can meet the new insurance requirements, including the need to obtain cover for terrorism and war risks.  It is now essential that EU Member States are ready to issue the required certificates and do this using a common approach.”

Mr Hinchliffe added: “It is especially important that certification arrangements are in place for ships registered with non-EU flags, as well as for European ones”.

The EU Passenger Liability Regulation (PLR) broadly mirrors the 2002 Protocol to the IMO Athens Convention, although the IMO instrument has still not yet entered into force worldwide.

“The issues are complex, ” said Mr Hinchliffe, “but the thorny issue of terrorism cover has hampered implementation of the IMO Protocol since IMO Member States first rejected industry arguments that terrorism is an attack on society at large and that the costs should be borne by governments.  Instead IMO decided that the provision of such cover should be left to the market”.

With respect to the new EU regulation that comes into effect at the end of the month, the need to obtain cover for terrorism has presented shipowners and their insurers with a real challenge.  The International Group of P&I Clubs has decided to issue certificates of insurance for the non-war risks arising under the EU PLR, and alternative arrangements have been developed for the terrorism component, namely insurance in the non-mutual commercial market arranged by Marsh/Willis or Safeguard.

Given the complication of having to have separate terrorism cover, the International Group and ICS have been trying to persuade governments to develop a common position with regard to port state acceptance of insurance certificates.  This is of vital importance if the Regulation is to come into effect on 31 December without causing disruption to the cruise ship and ferry industries and, even more importantly, to their passengers.

No Kitchen Nightmares at Sea with the New...