A great painter ahead of his time: Manet Portraying Life is Royal Academy’s new exhibition

Manet, Music in the Tuileries Gardens, 1862, The National Gallery, London

A great painter ahead of his time: Manet Portraying Life is Royal Academy’s new exhibition

When Édouard Manet faced hostility from hidebound critics, he was buoyed by the way other intellectual figures including Émile Zola rallied to his defence. He pressed on with developing his own style, convinced that future generations would understand his work much better. This has been the case, and with the 21st century audience which flocks to the new Royal Academy show Manet: Portraying Life will confirm a further generation of fans.

The academy has put together the first retrospective devoted to the portraiture of Manet, and has used its ample galleries to allow the collection it has assembled from Europe, Asia and the United States to ‘breathe’. Many of these works were not meant for public consumption, but were part of his experimentation with technique.

We have chronicled before in these pages how Manet’s father had encouraged him to go for a maritime career. 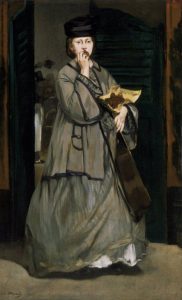 Born in into a prosperous family in 1832, Édouard was dissuaded by his father Auguste from pursuing an artistic career as it would be ‘beneath’ him, and it was decided he should try the sea. At the age of 16 in December 1848 Édouard sailed for Rio de Janeiro as a trainee on the three-masted Le Havre et Guadeloupe. To relieve what he considered the boredom of being at sea, he sketched portraits of his shipmates and gave them drawing lessons. Back in Paris in 1849, he failed the Éclole Navale exam for a second and final time. At that point, his family gave in to Édouard’s wish to devote himself to painting, and he would spend half his time on portraiture.

Manet delighted especially in painting his family, friends and the writers, politicians and artists of French society of the Second Empire and early Third Republic. Many of his sitters were famous, but he preferred to depict them as ordinary citizens. This predilection is underlined by the works brought to the Royal Academy that are on show for the first time, coming from private collections.

Notable among the 50 masterpieces here which demonstrate his bold use of lighting and of the colour black, are portraits of Manet’s wife Suzanne, his friend Antonin Proust (no relation to author Marcel Proust), Émile Zola and the poet Stéphane Mallarmé. Zola championed the artist when he was under fire from the critics, and in return Manet paints a heroic portrait of the multi-talented writer. An uncompromising modernist, Manet did draw much inspiration from two great figures of the past, Frans Hals and Diego Velázquez. Manet’s paintings of family and friends frequently have the female of the group comfortably foremost, a manifestation of the importance of women that must have agitated further his critics. 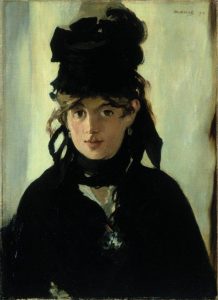 The exhibition includes a huge map of Paris of the time and of Manet ‘landmarks’ in the city and its surroundings.  It answers the confusion that some people harbour about Manet and Monet.  Claude Monet (1840- 1926) welcomed the older painter at his home in Argenteuil in 1874, where Renoir was another visitor.  The same year, Monet decided not to participate in the first Impressionist exhibition in Paris, maintaining his independent streak.  He admired Manet, of whom he said: “He is the Raphael of water.” Zola, Monet, Degas and Antonin Proust were pallbearers at the funeral of Manet.

A surprise feature of the show is a digital animation of Manet’s large leather-bound album of ‘cartes de visite’ compiled between 1860 and 1883.  The 19-minute presentation allows a fascinating insight into the attires and photo-composition of the time.

Manet: Portraying Life is organised in collaboration with the Toledo Museum of Art, Ohio. The exhibition is curated by MaryAnne Stevens, director of academic affairs at the Royal Academy, and Dr Larry Nichols of Toledo Museum of Art. Sponsored by BNY Mellon, the show will continue until April 14 2013.