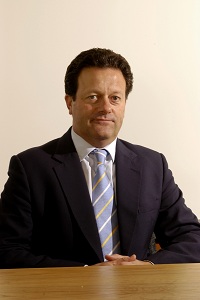 The UK P&I Club (the UK Club) announces that it has attracted over three million gross tons of new tonnage, following the closure of the renewal season on Wednesday, 20 February, 2013.    At conclusion of renewal the Club’s tonnage stands at around 120 million gross tons.  This represents net growth over the past year of 7.6 million tons.  As importantly, the Club maintained its policy on sound underwriting declining an equivalent volume of tonnage during the renewal on factors such as quality of risk.

Hugo Wynn-Williams, Chief Executive of Thomas Miller P&I, the UK P&I Club’s managers, says: “It has been a good and solid renewal for the UK Club marked by continued controlled growth for the second year in succession.

“Gross tonnage has increased and we are pleased that our financial stability, claims management and service have attracted more tonnage from existing Members and new business to the Club.

“As ship-owners face extremely challenging conditions, the Club’s strong capital position enabled a 2.5 per cent mutual premium discount on the 2011 policy year. The discount amounted to a 10 per cent deduction for all mutual members for the final instalment of the 2011 call due in December last year.

“The continuing commitment of the membership and the support of the insurance broking community is greatly appreciated by the UK Club and its Board especially considering the significant increase in the cost of the International Group reinsurance premium which accompanied the general increase for 2013.”

Daniel Evans, Club Manager at Thomas Miller Defence said: “Ship owners and operators continue to recognise the importance of legal costs insurance and increasingly see the benefits of insuring with an independent club able to leverage its financial strength for their benefit.

“Over the last four years we have experienced increases in claims activity but have been able to mitigate the impact on Members with very modest general increases. There are signs that claims inflation may be slowing and we envisage a return to a more balanced underwriting environment in the next few years.”

The UKDC Board is concerned with the increasing costs of marine arbitration but remains focused on obtaining good value for its Members.

Work begins on updating inventory of GHG from international shipping