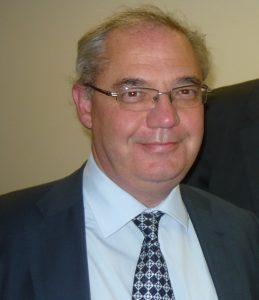 Marine underwriters and legal experts have underlined the dangers in a proposal to dilute the strength of the famed insurance phrase “utmost good faith.”

The dictum has since 1766 been a basic principle of the insurance contract: in its Latin form, uberrima fides, the motto has long been associated with the Lloyd’s market in particular. It was enshrined in sections 17 and 18 of the Marine Insurance Act 1906, the cornerstone for much business practice. The doctrine of utmost good faith requires that all parties must act in good faith, with the insured declaring all material facts, and the insurer drawing up a contract accurately reflecting the risk in question.

In consultation papers, the Law Commission, in concert with the Scottish Law Commision, has jointly proposed reforms to insurance law, in particular the pre-contractual and the post-contractual duty of utmost good faith.

The potential changes were the subject of a lively discussion at a meeting in Lloyd’s Old Library on February 5 2013 of London Shipping Law Centre. During the event, a leading underwriter, Simon Stonehouse, warned that as framed, the move could impact the hard-pressed London marine market with higher costs, and increased uncertainty . 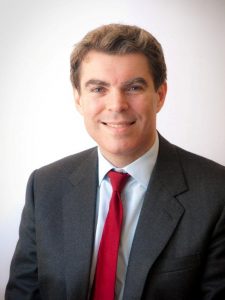 Peter MacDonald Eggers QC of 7 King’s Bench Walk told the meeting that the substantial reforms proposed “have been motivated by a perception that the remedies for a breach of the duty are harsh, that there is a lack of clarity in the law and that the current state of the law might lead to passive underwriting.

“With these concerns in mind, the Law Commission has suggested redefining the test of materiality and knowledge which together define the scope of the duty of disclosure and further has proposed a stepped approach in specifying remedies for breach, including avoidance (where there has been a fraudulent breach or where the breach has induced the insurer to enter into a contract which the underwriter would never have agreed had there been full disclosure), cancellation of the policy and/or a re-writing of the insurance contract (where the breach has had less serious consequences).

“The difficulties with these proposals are that they are likely to render the law even more uncertain and unclear and they may work an injustice in being too inflexible in their approach, without regard to all of the circumstances relating to the breach. Indeed, on the test for ‘deemed knowledge’ proposed by the Law Commission, the proposed reform may even have the effect of widening the assured’s duty of disclosure.

Mr MacDonald Eggers continued: “In my view, the mischief to be addressed by law reform is not the scope of the duty of utmost good faith. Indeed, the Law Commission accepts that the duty of full and accurate disclosure under sections 17-20 of the Marine Insurance Act 1906 should remain in place.

“Instead, the real mischief to be addressed by law reform is the harshness of the remedy for breach. This is the consequence of the Courts having interpreted the Marine Insurance Act 1906 as prescribing the remedy of avoidance and excluding other applicable remedies, such as compensatory damages.

“Furthermore, the remedy of avoidance is one which applies upon election as of right. Accordingly, the remedy for breach of the duty as the law currently stands is harsh, inflexible and one-sided in that it favours the insurer, not the assured, because the assured will seldom wish to avoid the insurance contract.

“Accordingly, ” said Mr MaDonald Eggers, “my suggestion is that law reform should be guided by the Misrepresentation Act 1967 (which applies to insurance contracts in any event but only to misrepresentations, not non-disclosures). Any harshness and unfairness associated with the current remedy can be removed by introducing a wider range of remedies for breach which the Court can impose in the exercise of its discretion, including avoidance (which may be disallowed by the Court in the exercise of its discretion) and monetary remedies such as restitutionary or compensatory damages.

“This will ensure that the duty of utmost good faith will continue to be applied in the same circumstances as it has been developed for the past 250 years, but any remedy for breach will be able to be administered by the Court with a greater sensitivity to the issues.”

“The Law Commission reforms re-write the rules and therefore create legal uncertainty for the insureds and the insurer with increased expense.”

With hull insurance overall losing money, it could not be said that insurers were abusing their position. “The benefit of the London market is that business can be placed very quickly, and the suggested reforms will put this in jeopardy . It could well introduce the use of proposal forms as the balance of power shifts from the underwriters to the insured. The brokers know the rules of the game, and most of the time the ship owner will use a broker. “

He pointed out that shipowners were often single companies established in an offshore location with limited scope for insurers to consider financial risks and associated moral hazard. “The underwriter relies on the honesty and openness of the assured and his agent to a very significant extent. Challenges could be overcome by use of warranties and the sanction of avoidance in the event of non-disclosure or misrepresentation.”

Modifying the duty of disclosure and simultaneously restricting the remedies available to insurers for misrepresentation would be an unjustified swing in favour of the insured, said Mr Stonehouse. The proposals whereby the courts could rewrite the contracts on the basis of what would have been done would bring huge difficulties into the dispute resolution system.  He was concerned about the creation of  uncertainty and potentially higher claims and premiums that might affect London as a market for international marine business.

“I consider however that the Law Commission reforms almost dove-tail with Solvency II, ” said Mr Stonehouse. “Underwriters are losing money – whilst the benefits of the London market are obvious, quite clearly marine as a whole has been unable to generate adequate returns. Underwriters must require more information and be more analytical in their risk analysis. Therefore in some ways I am sympathetic to the reforms.”

For the Law Commission, David Hertzell said that its aim was to publish a final report and draft Bill, completing its insurance law project, by the end of 2013, and was discussing with Treasury representatives whether a slot could be found for the Bill in 2014. The duty of disclosure was not working as well as it should. It was too unclear, and the consequences of failure were too harsh. If the policyholder failed to disclose a material circumstance, the insurer could treat the insurance contract as if it did not exist and refuse all claims, said Mr Hertzell, who is Law Commissioner for commercial and common law.

A policyholder who fails to mention a minor issue loses all benefit from the policy, even if the insurer would only have added a small amount to the premium had it known the true facts. This had been much criticised by judges and commentators. Section 18 of the 1906 Act generated a large number of disputes.

A breach of warranty would suspend the insurer’s liability, rather than discharge it. Where the breach were remedied before the loss, the insurer must pay the claim.

Under the current law, if a ship leaves port with insufficient medicines, for example, the implied warranty of seaworthiness is breached, and the insurer is discharged from all liability. Under the Law Commission proposals, liability would be resumed once the medicine supply had been replenished.

The meeting, in association with the Chartered Insurance Institute and sponsored by Brit Insurance, was chaired by Sir John Thomas, president of the Queen’s Bench Division of the High Court.