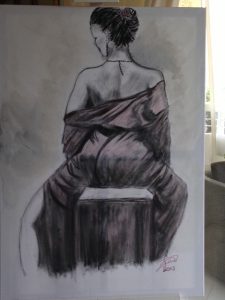 Tue 07 May 2013 –  Despite record claims in 2012 the art insurance market is in rude health. Higher prices for high-end art and rising demand from Asia are creating opportunities for Lloyd’s insurers

The art world has enjoyed some pretty spectacular growth in recent years. Emerging wealth, particularly in high growth markets such as India and China, has seen prices rise and the numbers of private collectors increase.

According to Knight Frank’s Wealth Report 2013, art has seen a 92% increase in value over the past five years and a 199% increase over ten.

“These are buoyant times for the art market, ” says James MacNaughton, Specie and Fine Art underwriter at Ascot Underwriting. “There has been a general uptick in requests for fine art insurance from museums and block-buster exhibitions, as well as from galleries and dealers, and these requests are coming from all corners of the world, ” he adds.

High demand has meant high prices. When Picasso’s Garçon à la Pipe sold for $104.2m in 2004, it was the first to break the $100m barrier. However, many paintings have since achieved new records – in March Picasso’s Le Rêve sold for $155m, making it the most expensive Picasso ever.

“As prices climb, the corresponding insured values of art held in private and public collections also rises, ” explains Robert Korzinek, Fine Art Underwriter at Hiscox.. “The value of art in a blockbuster exhibition would have doubled since 2006, and could now easily exceed $1bn, ” he says.

“Most buyers are private collectors with a genuine passion for art, ” says Korzinek, “but in these austere times many have also come to appreciate the value of their art. Since the financial crisis, many collectors have updated their valuations and addressed any underinsurance, ”

“There is quite a buzz in the art market around the growing interest in art from Asia, ” says Filippo Guerrini-Maraldi, Head of Fine Art at Lloyd’s insurance broker RK Harrison. “For example, the big news at last month’s TEFAF Maastricht – the world’s leading fine art fair – was around the decision to bring the event to China in 2014, ” he says.

“As more and more fine art fairs are held in emerging markets like China, this creates big opportunities for Lloyd’s, which can provide the very large amounts of insurance capacity required by organisers, galleries and dealers, ” explains Guerrini-Maraldi.

The growth in Asian art markets is a great opportunity for Lloyd’s insurers, says Korzinek. The success of Asian economies is giving rise to new private collectors, as well as new museums, collections and exhibitions, he says.

However, new art markets pose certain challenges for underwriters. When Hiscox was the first insurer to introduce art insurance to India in 2007, there was almost no infrastructure, like specialist packers and storage companies, nor loss adjusters.

Fine art insurance prices are also in transition after the market paid out for some large claims last year. In addition to a number of claims for accidental damage and theft, flooding from Hurricane Sandy caused damage to many galleries and dealers in downtown New York.

The fine art market is likely to see some changes as a result of Sandy says Guerrini-Maraldi. The storm took a big chunk out of the art market’s premium income – fine art claims may cost in excess of $300m, around half the market’s annual global premium, he says.