Bibby Ship Management Group Ltd is delighted to announce the appointment of Chris Stone as its new Chief Operating Officer who joined the business on 1st July 2013.

Chris will replace Simon Barham who was scheduled to move on from Bibby Ship Management at the end of June. However, Simon has kindly agreed to work a further month to have a managed handover with Chris and will therefore leave at the end of July 2013.

Chris has over 30 years’ world-wide experience in the maritime and logistics sector having worked in in Africa, the Middle East, India and most recently in Asia Pacific and Australasia. 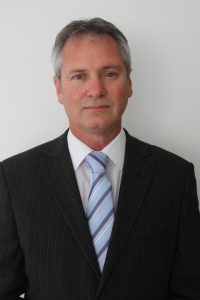 He joins Bibby Ship Management after spending 14 years with Inchcape Shipping Group in various managerial roles. Including Regional Managing Director for the Middle East and India, Regional COO for the East (Middle East and Asia Pacific) and most recently Executive Vice President Asia Pacific based in Singapore. He has a strong operational and commercial track record which has translated into sustained business growth and profitability in all his previous roles.

Prior to Inchcape, Chris established a Greenfield office for Maersk in Cape Town. He was a Deck Officer in the British Merchant Navy and studied at both Liverpool Polytechnic and Riversdale College.

Welcoming his appointment, Ed Rimmer, Bibby Ship Management Chief Executive, said: “I am delighted that Chris has joined our team and look forward to seeing him continue to drive the business forward.”